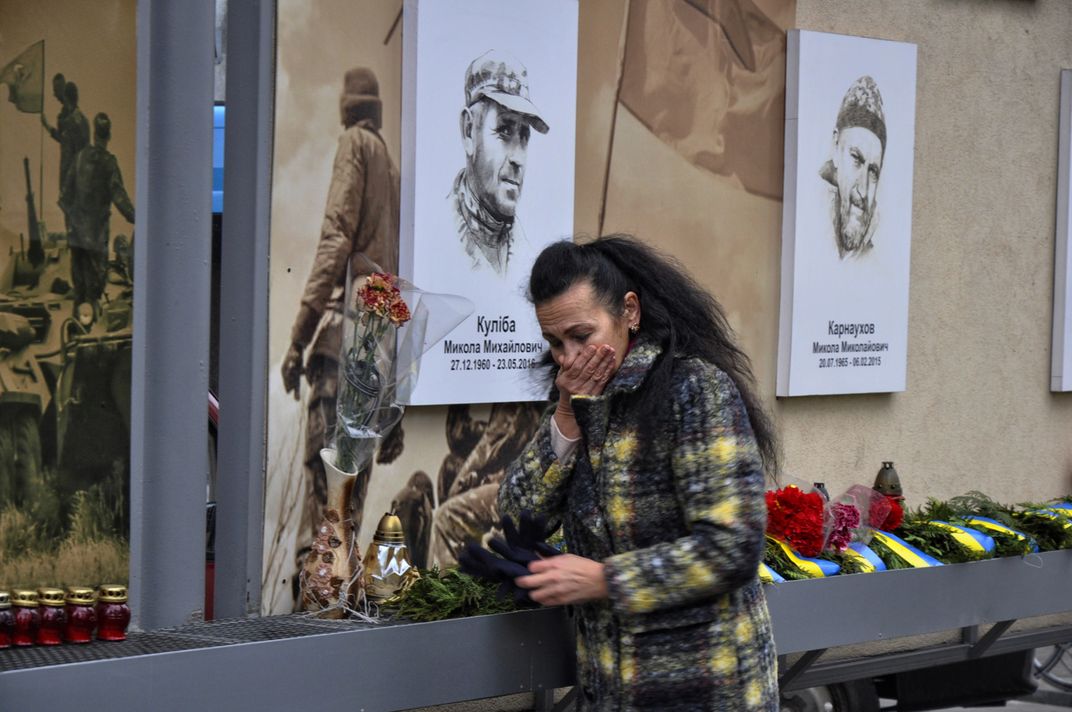 The woman, who served with the deceased in the army, laid flowers at the monument to the hero of the war and cries. The monument depicts the war hero Nikolai Kuleba, the squad leader. The circumstances of the death of the military commander Nikolai Kulebi taki - on May 23, 2016, during a battle near the village of Taramchuk (Maryinsky district, Donetsk region), the Aidarites drove to the site of the fall of the enemy drone, walked 3 km towards the occupied Dokuchaevsk, and ran into a mine. As a result of the explosion, Nikolai and Sergeant S. Baula were killed.