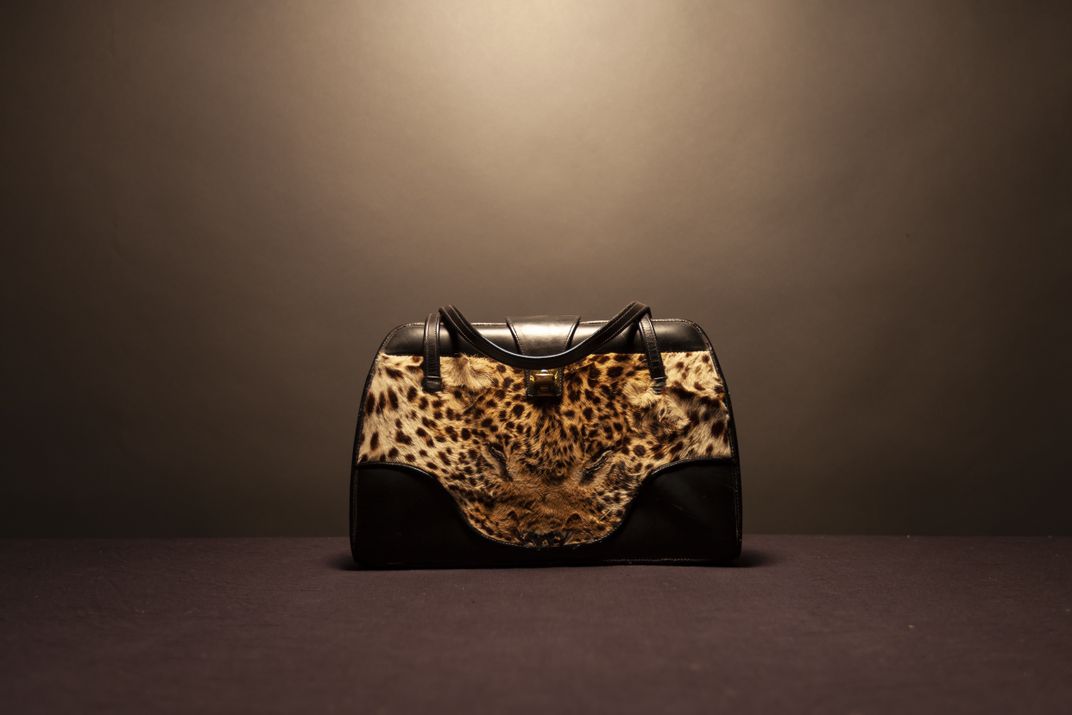 This leopard purse was confiscated 1996. Illegally trafficked wildlife goods take many forms, including furniture, medicines, and fashion items. Despite the leopards broad global habitat range, they have been removed from much of their native habitat. Leopards are considered “vulnerable” by the International Union for the Conservation of Nature, mostly due to poaching, human-wildlife conflict, illegal wildlife trafficking, habitat loss, and loss of prey.