Home Mobile A beautiful Russian day to shoot a cannon. 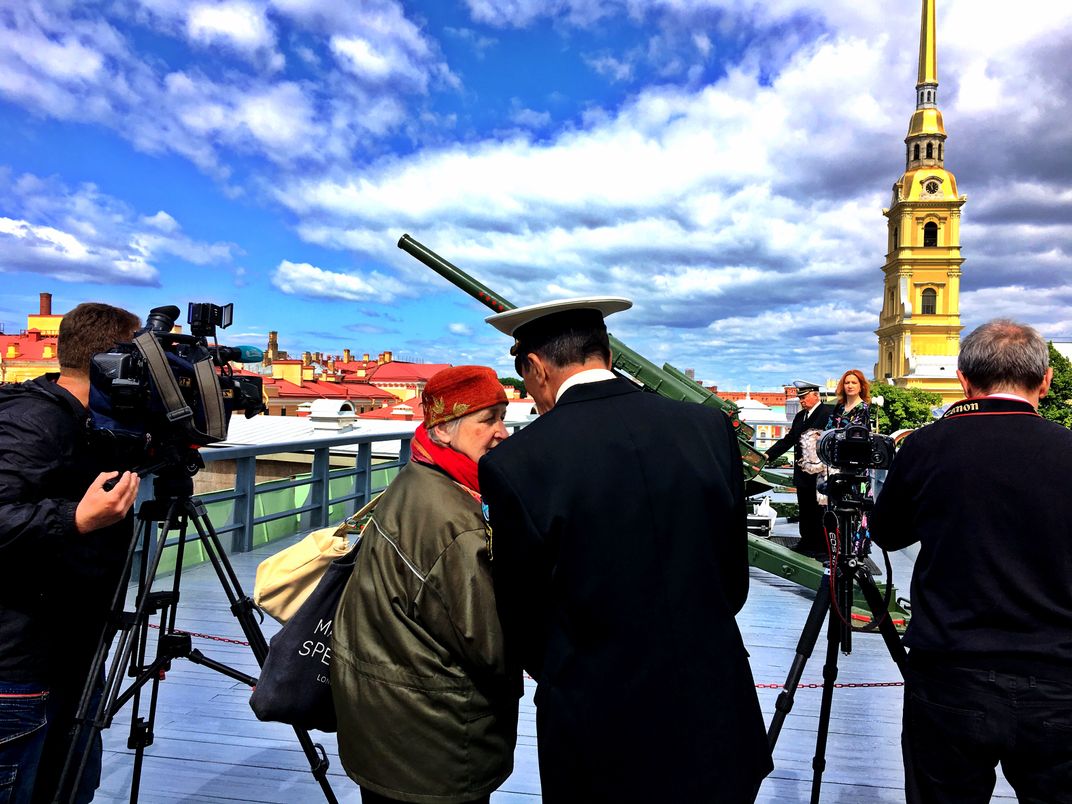 To celebrate the 1 year anniversary of the Elena Obraztsova Music academy in St. Petersburgh, Russia, staff and students were given the honor of being present at the 12 noon firing of the cannon at the Peter and Paul fortress. The Russian woman in the photo is a journalist from Moscow chatting to a Naval officer. In the background, Elena Makarova, daughter of the late, great obraztsova's daughter, Elena Makarova, waits for the senior naval officer at her side to signal everyone to cover their ears, and fire the cannon.