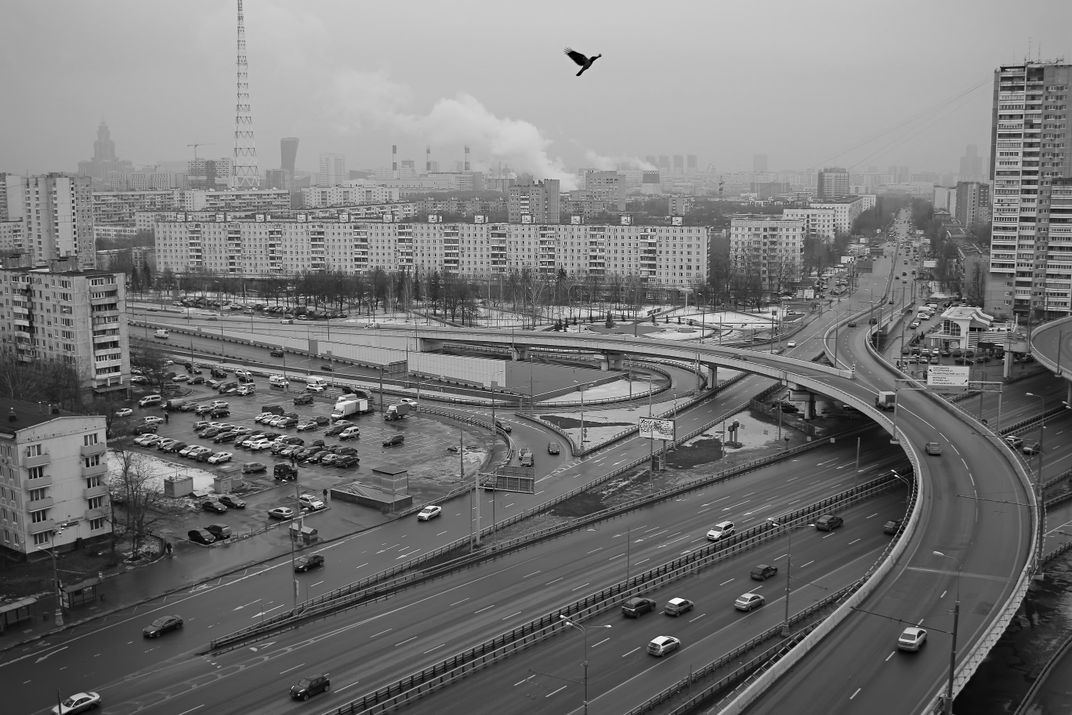 A bunch of roads on the picture close to where my parents live appeared several years ago as a part of road development. Before there was a long boulevard with old tall trees which were protecting houses around from noise and giving the possibility to people to spend some peaceful time close to their homes in our huge, crowded and polluted city. By now the highway touches the doorsteps of buildings, noise from cars passing by on the high speed make impossible to talk without an effort being outside. The bird flying over that concrete hell stands in a strong contrast with the surroundings and for me represents freedom of movements, which inhabitants of these houses don’t have anymore.