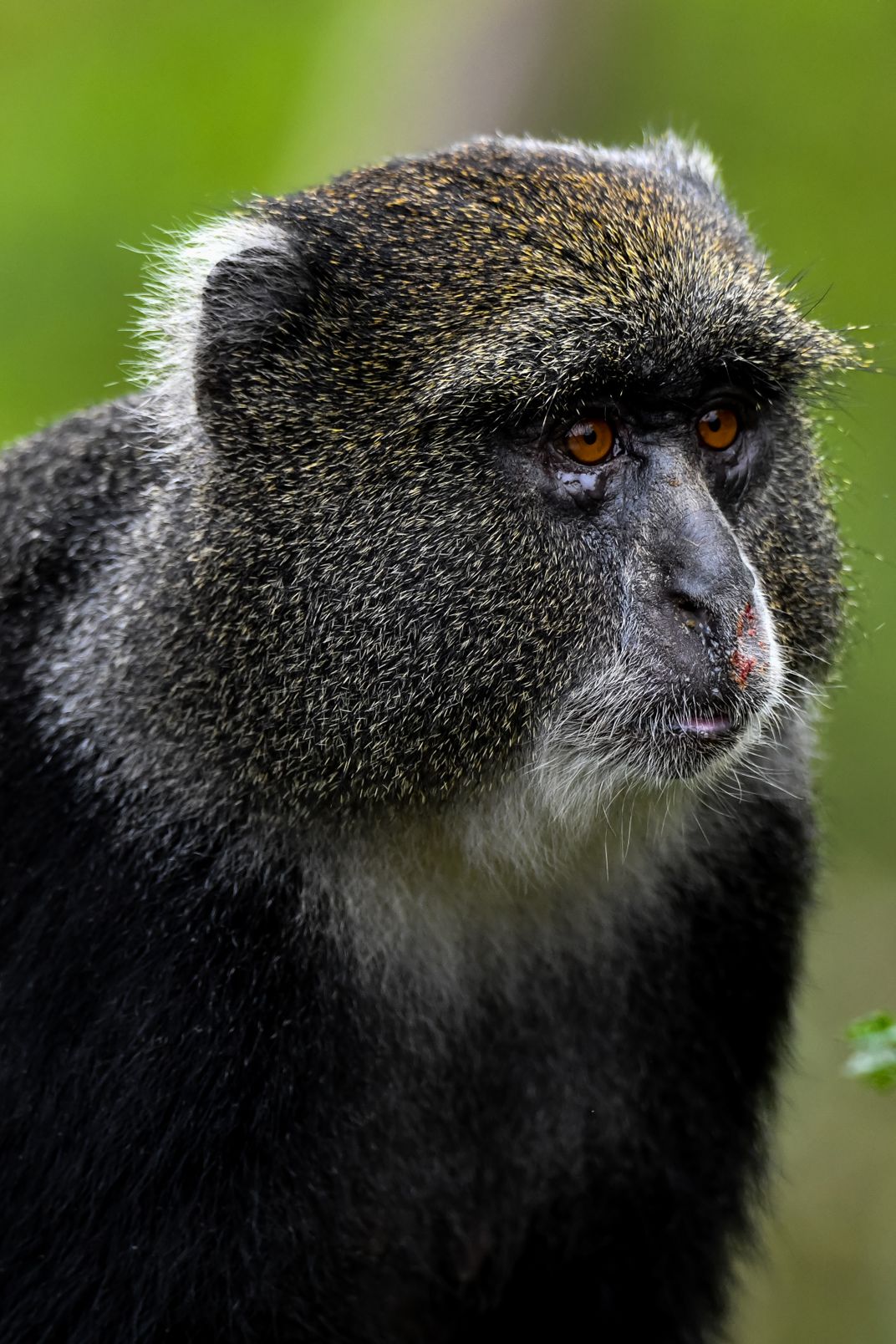 Despite their name, Blue Monkeys are not blue, unlike the mandrill. The hair on their face sometimes gives them a bluish appearance. Native to Central and East Africa, it is a species of “Old World” monkeys that live largely in tall trees of a forest canopy, rarely coming down to the ground. Like many other species, therefore, it is suffering from habitat loss. They eat mainly fruits and leaves, and this particular one in Arusha National Park was busy doing exactly that with the red marks on his face from the berries it was eating.