Home People A Boy and a Puddle 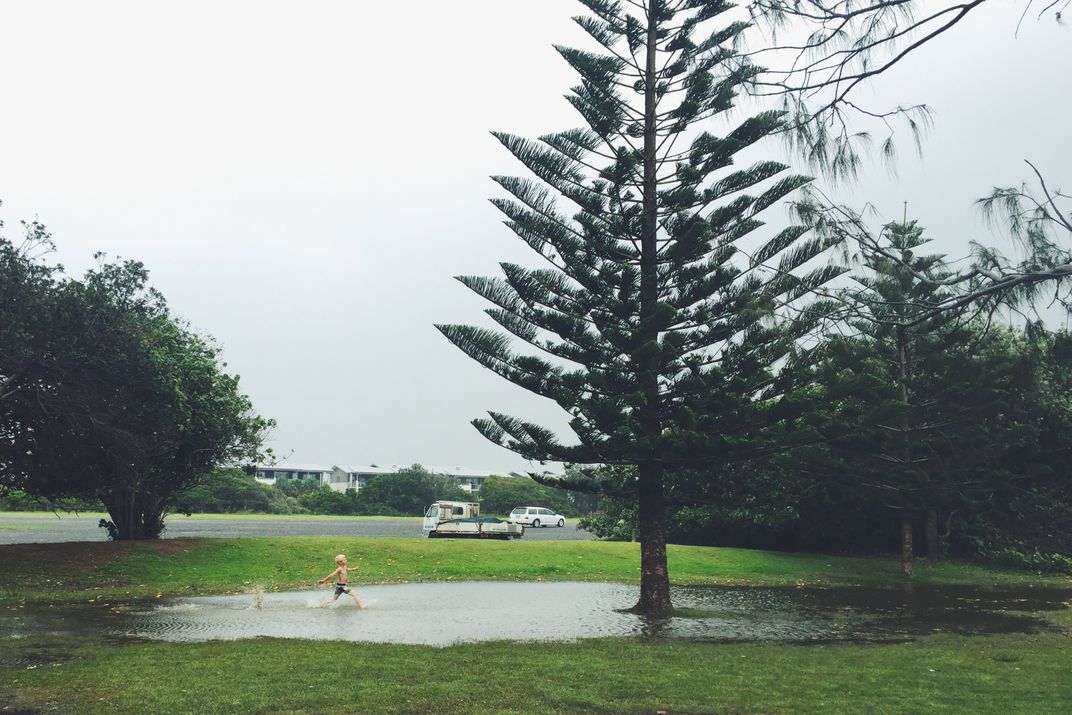 I was leaving the beach after storm clouds rolled in when a mom and her son set up shop at a nearby park bench. The puddle was large enough to see from the parking lot of the beach so the boy had obviously seen it walking in. As soon as they set down their things, the boy tore off his shirt and sprinted full force towards the puddle. It started to rain. The mother simply popped open an umbrella for the bench and watched her son shriek with joy at the enormous puddle he found himself in.