Home Natural World A bug in the wonderland 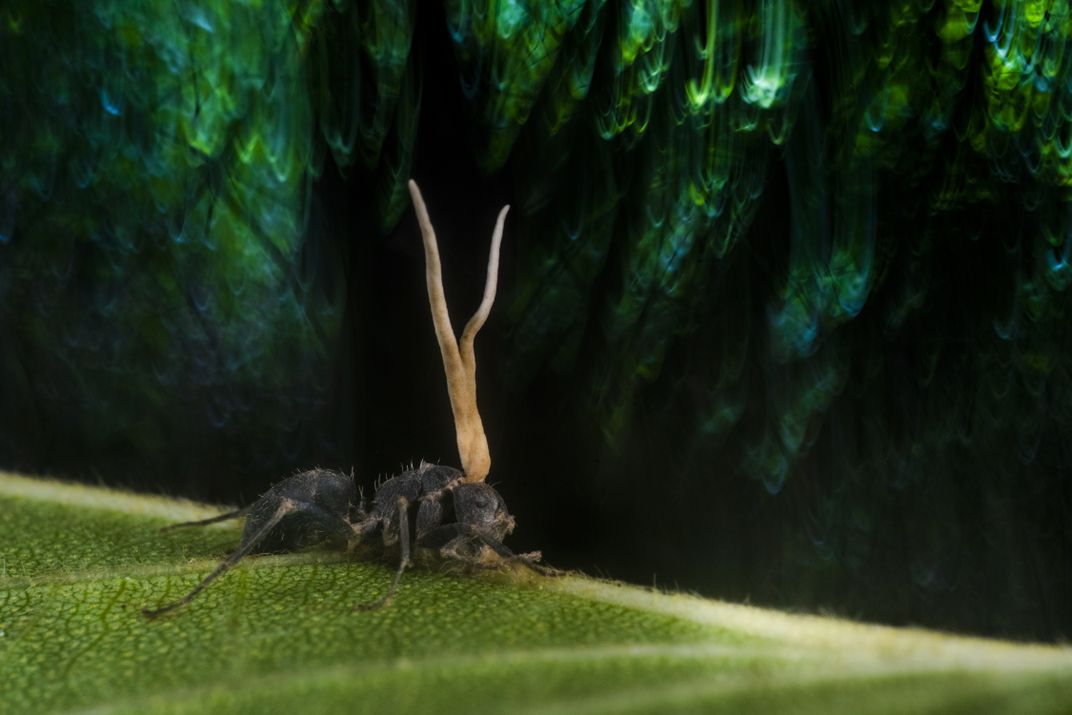 This ant is infected by a rare fungus called the Zombie Ant Fungus (Ophiocordyceps). When a spore of this fungus lands on the host ant, it starts affecting the ant's brain. Yeast stages of the fungus spread inside the body and produce a cocktail of chemicals that manipulate the behavioral patterns of the ant. Fungal cells reach the brain and once the population is of sufficient size, it secretes compounds and takes over the central nervous system enabling it to manipulate the ant's behavior. The ant then walks towards the underside of a leaf where there is perfect light and humidity for the fungus to grow. There the ant latches itself to the leaf with a strong death bite. The fungus eventually kills the ant and continues to grow inside as it invades soft tissues and structurally fortifies the ant's exoskeleton. When the fungus is ready to reproduce, its fruiting bodies grow from the ant's head and rupture, releasing the spores as seen here. This type of fungus can wipe out entire ant colonies.