Home People A clay artist works on an idol of Hindu Goddess Durga in the Kumartuli neighbourhood of Kolkata. 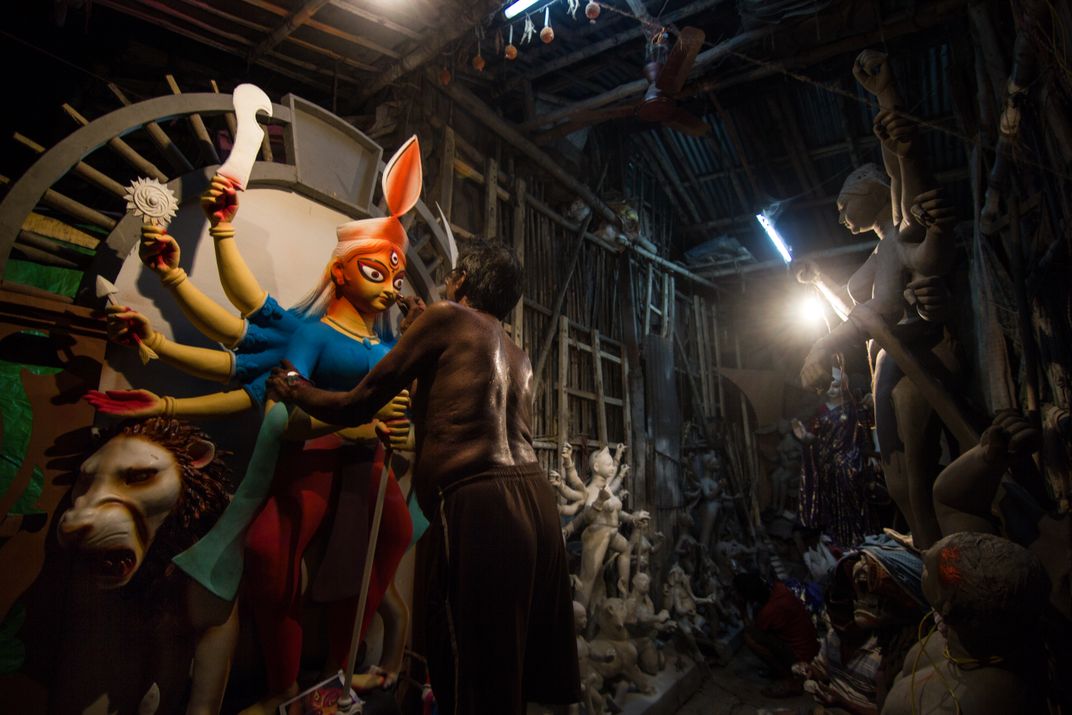 The clay artists in the Kumartuli area of Kolkata are in a race against time to finish the idols of Goddess Durga before the Durga Puja festival starts next week. They are working, day and night, in their dingy studios in humid conditions for the last few months. These artists make the lion's share of their annual earning during this time of the year. Thousands of idols will be transported to different neighborhoods of the city, where they'll be worshipped for 4 days during this mega carnival.