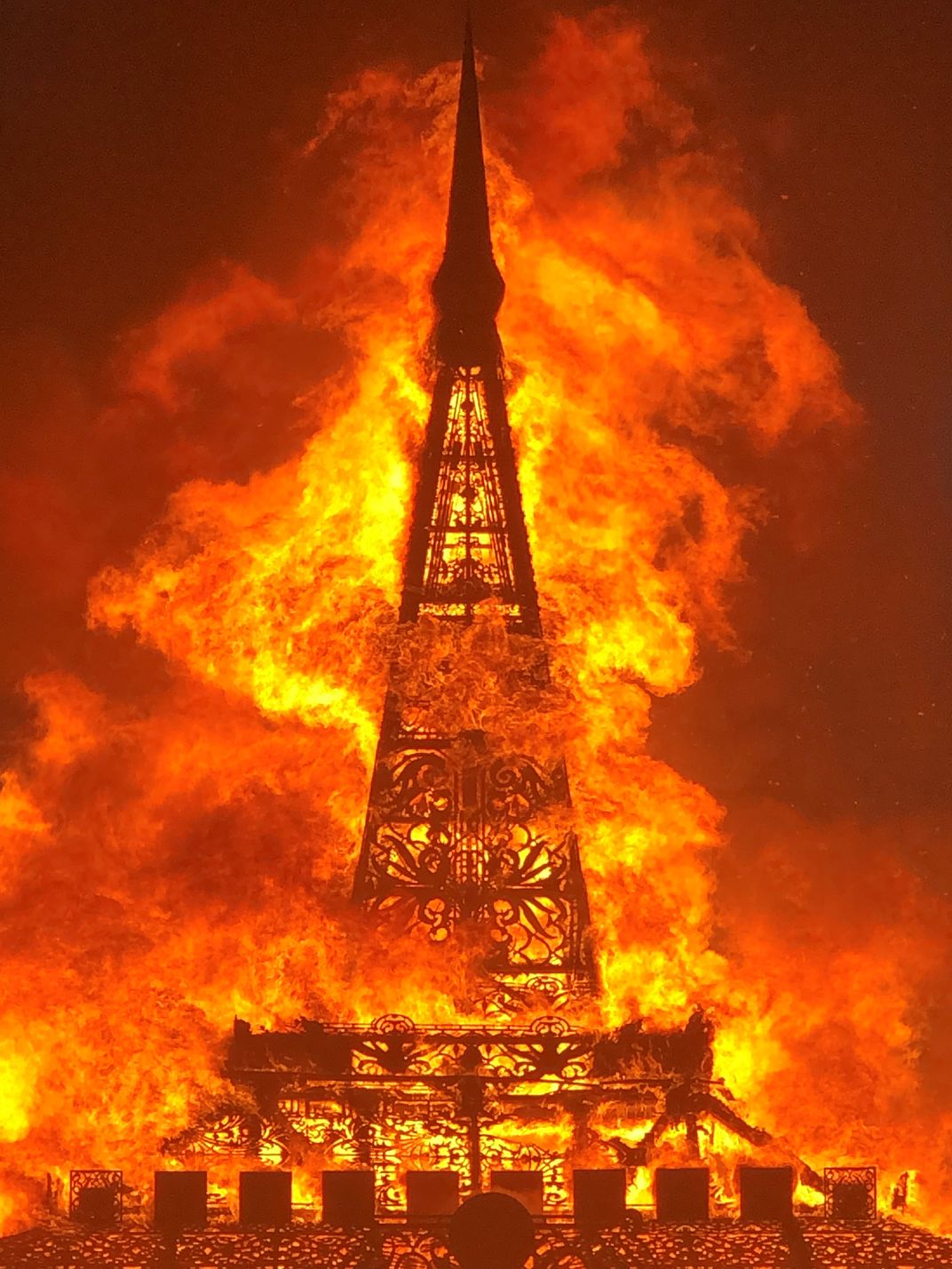 In February 2019, artist David Best constructed the Temple of Time in Coral Springs, Florida as part of an art grant designed to help communities heal after gun violence. This community suffered overwhelming heartbreak and loss the previous year when 17 people were killed, and 17 more injured at Marjory Stoneman Douglas High School in the neighboring city of Parkland. It opened to visitors on the first anniversary of the tragedy. The Temple of Time was a temporary structure made from wood, and built by the artist, his crew, and volunteers from the community. It was never intended to be a permanent memorial. People were encouraged to write their thoughts, their feelings, and expressions of their grief on the wood itself. Some wrote letters and inserted them into the gaps of the ornate design. In the three months that the Temple of Time stood, its walls filled up with messages, and numerous items were left under its roof. Patches from the local fire departments, flowers, hats, pictures, ribbons, and more were placed throughout. On May 19th, 2019 the cities of Coral Springs and Parkland, in cooperation with the artist, and the Coral Springs-Parkland Fire Department united to conduct a ceremonial burn. The idea was simple: Leave your grief here, and we’ll send its ashes up into the night sky. Families of those lost in the tragedy were invited to help set it alight. A few participated, a few watched. Although grief remains here, the event was profoundly meaningful for many.