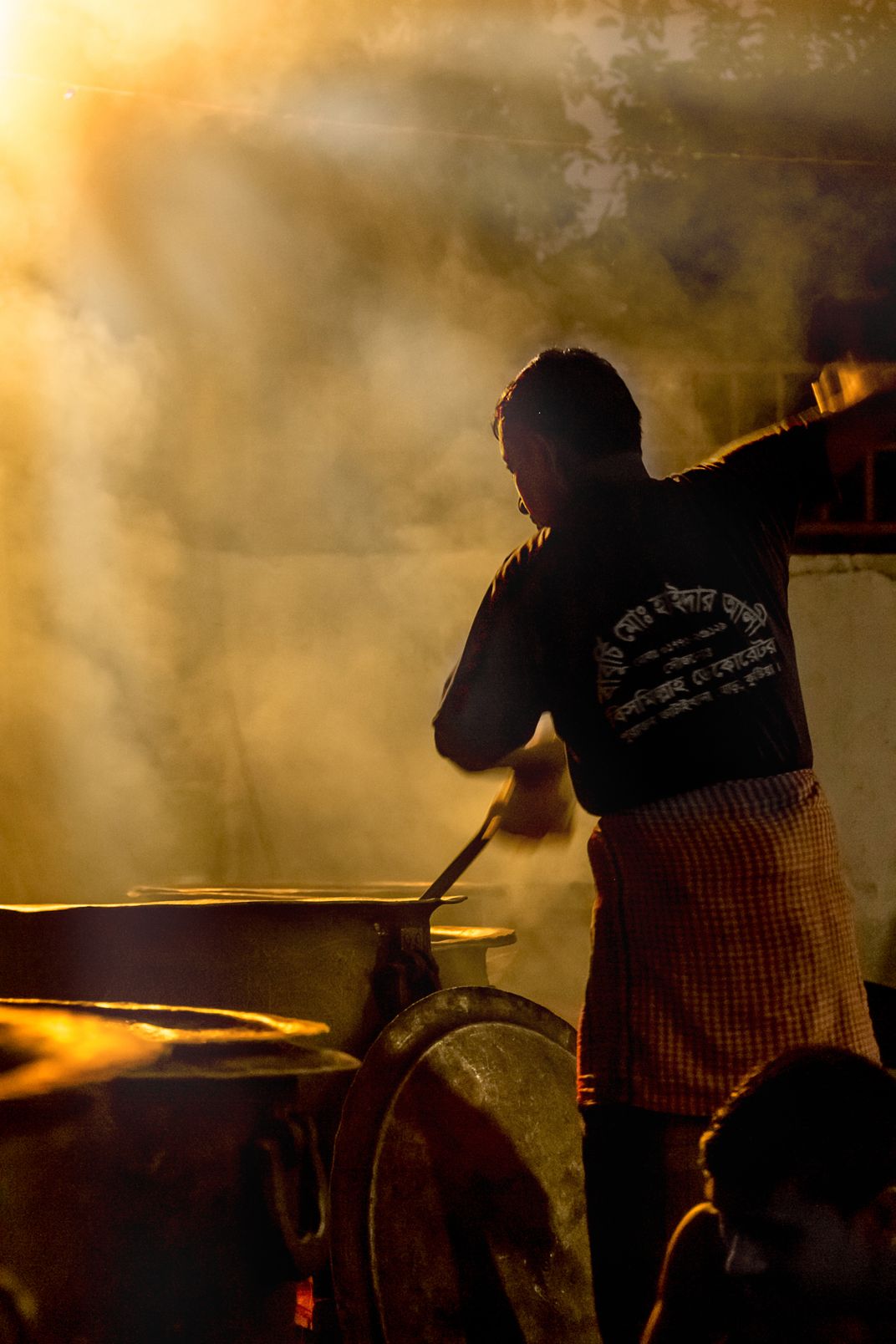 The 125th death anniversary of Lalon Shah, preceptor of baul asceticism and composer, was observed on Friday, the first day Kartik of Bengali calendar, in befitting manner. To mark the anniversary, Lalon Academy in association with Kushtia district administration chalked out a five-day festival from October 16 to 20 at Cheuria village of the district. Bauls, devotees, fans and researchers – at home and abroad thronged Lalon Akhra at Cheuria to join the 5-day festival. In the festival, musical soiree is held every day till midnight alongside the discussion on the life and works of the mystic bard. Lalon Academy arrange feast for all Bauls. They had to cook all day and night to feed around 5,000 people.