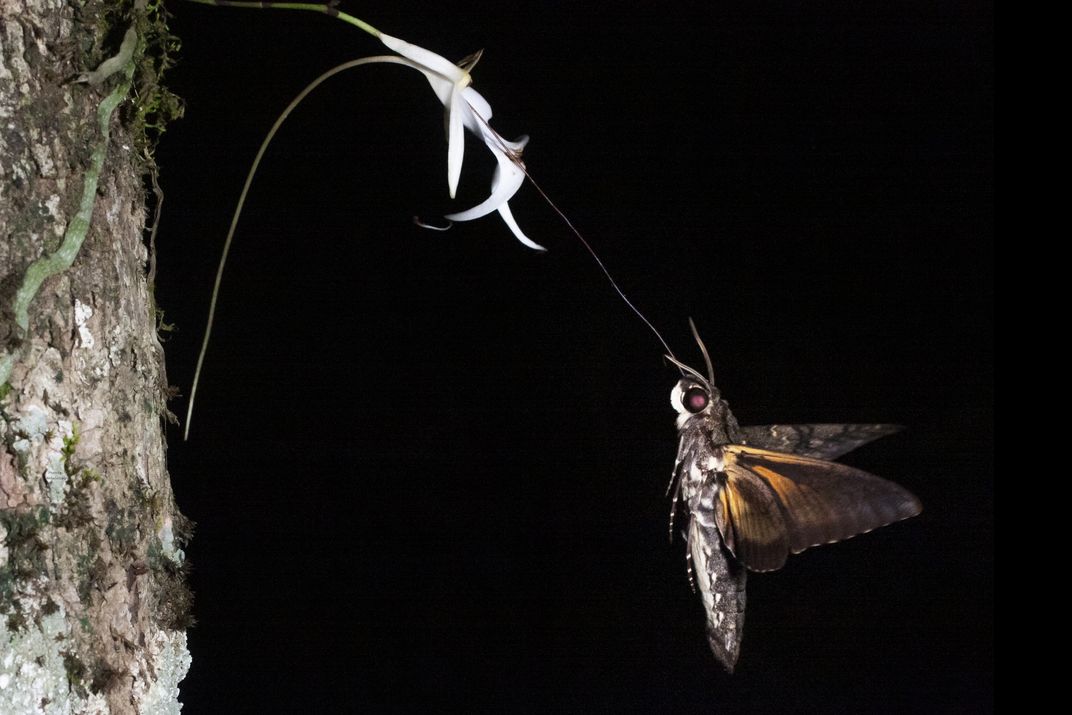 Until recently, for years, scientists and orchid enthusiasts had little clue as to what moth or moths pollinated the elusive Ghost Orchid. The Ghost Orchid is found deep in Florida's Everglades and is considered one of the rarer orchids in the United States. After learning about the story of the Ghost Orchid I decided to set out into the everglades and try to capture this event on camera. Many have tried and many have failed (including many failed attempts of my own). I finally captured this photo with use of a special custom camera trap I built in my garage. To date around five species have been documented pollinating/visiting these orchids.