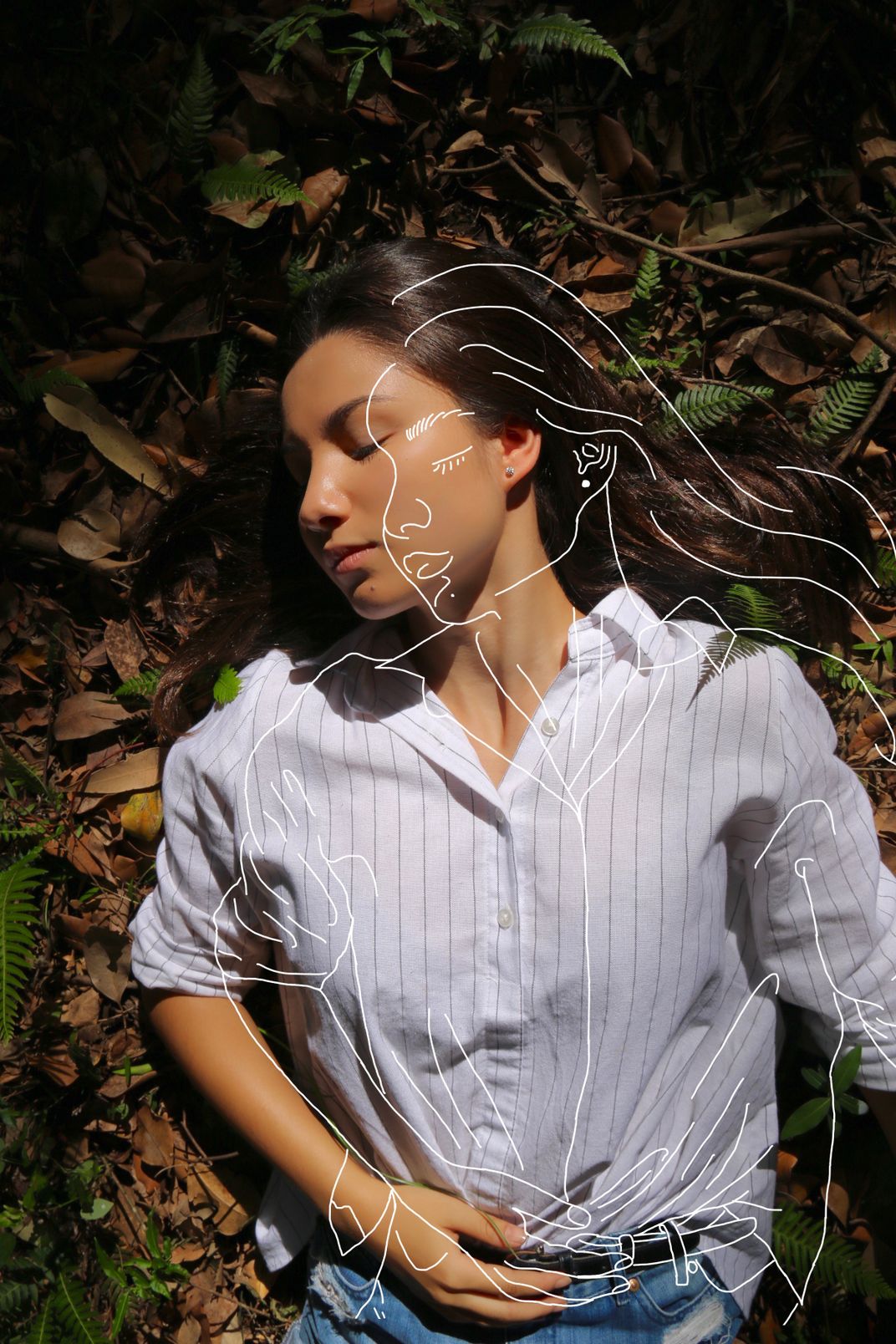 I took this photo during an art camp at Bundanon and was working with my friend as my model. We were just having fun and playing around with light and i asked her to lie on the ground in this single patch of light. I was working on focusing the image when she just closed her eyes and turned her head. She looked to peaceful and serene - almost as though she was accepting death. that was the photo that we agreed was the best from the day. Later - inspired by the minimalist works of Frederic Forest - I outlined her on photoshop and then moved that outline to the right and down, emphasising her face and tranquility.