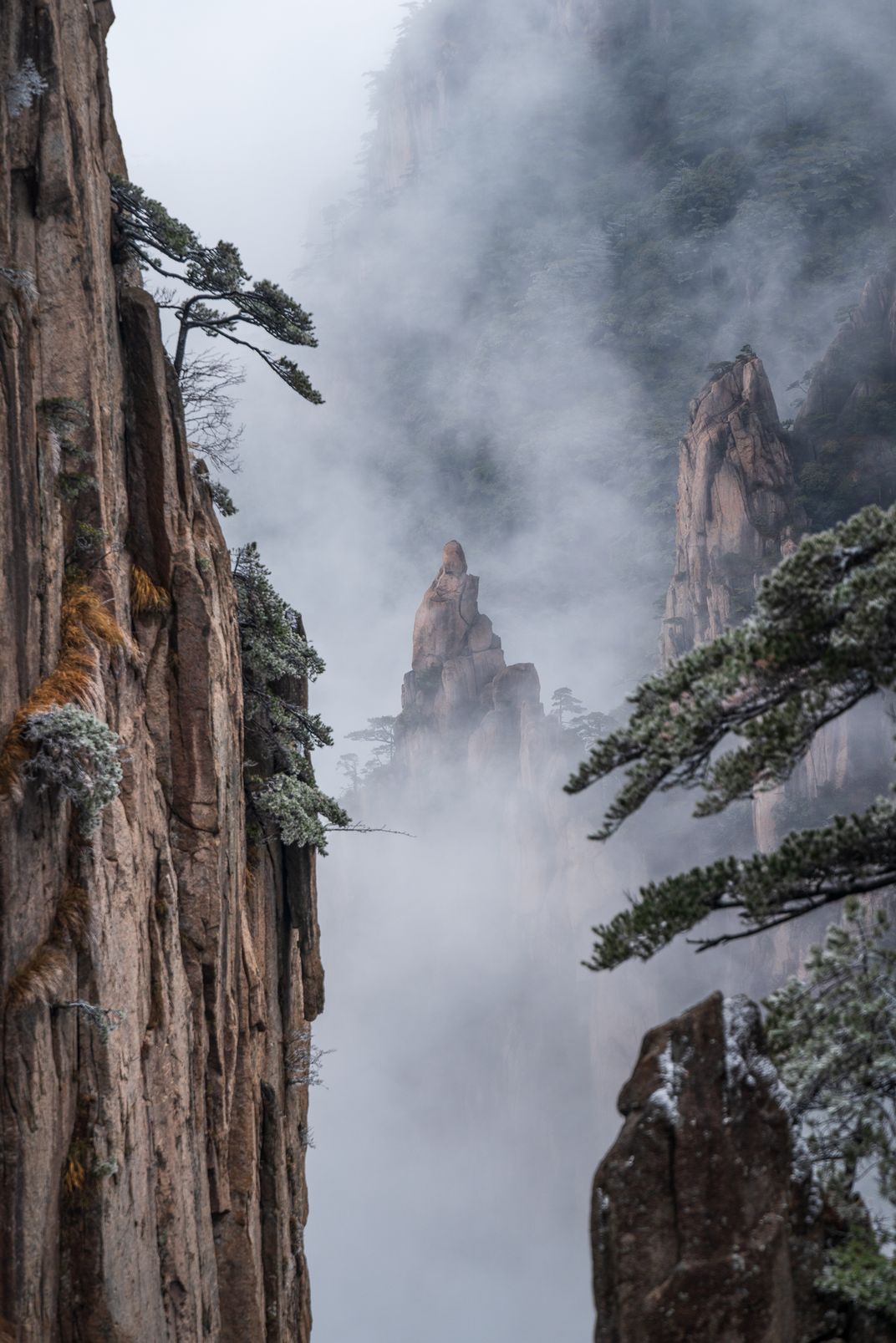 After waiting days for the first snow of the year, lost in a seemingly impenetrable December fog atop Mount Huangshan in China the conditions finally turned. The snow fell, the fog lifted, the temperature dropped - and I was delighted with momentary glimpses when the clouds opened and the staggering beauty and unusual geological formations of the mountain became visible. This picture captures the combination of those elements. Little did I know that the first cases of the pandemic were exploding nearby and the incredible tranquility of this moment would be disrupted a month later.