Home Travel A GROUP OF TOURISTS AT HASHIMA ISLAND 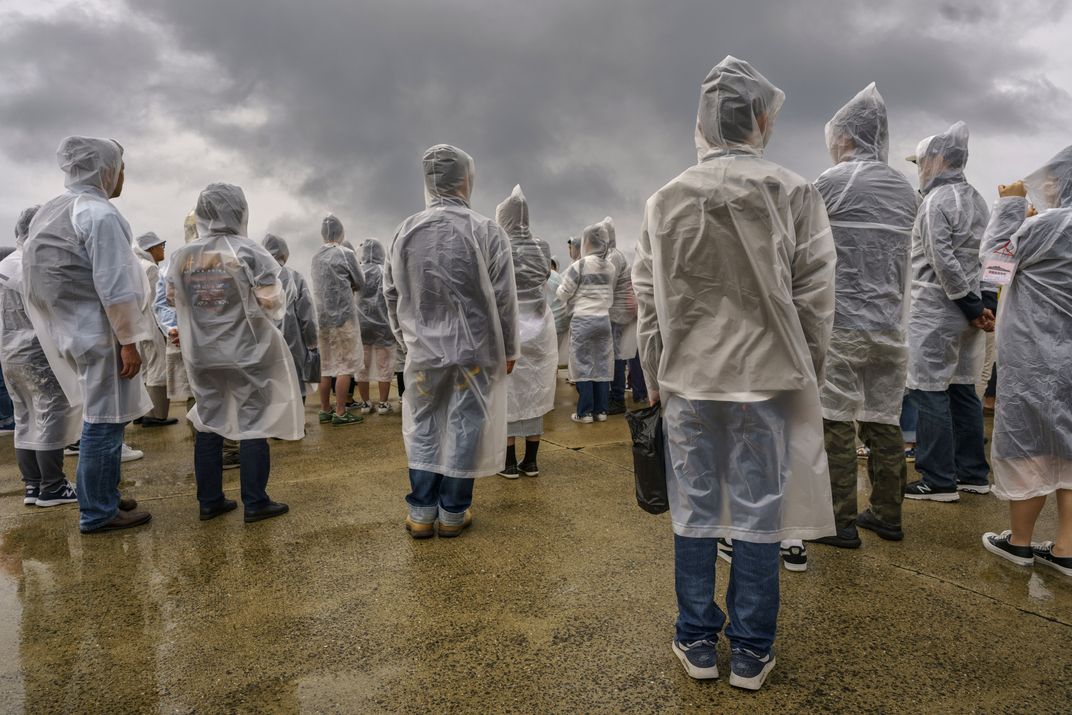 A group of tourists at Hashima island, also nicknamed as Gunkan-jima ("Battleship Island") because of its narrow shape. The 6.3-hectare island was known for its undersea coal mines, established in 1887 which operated during the industrialization of Japan. The island reached a peak population of 5,259 in 1959. In 1974, with the coal reserves nearing depletion, the mine was closed and all of the residents departed soon after, leaving the island effectively abandoned for the following 3 decades.