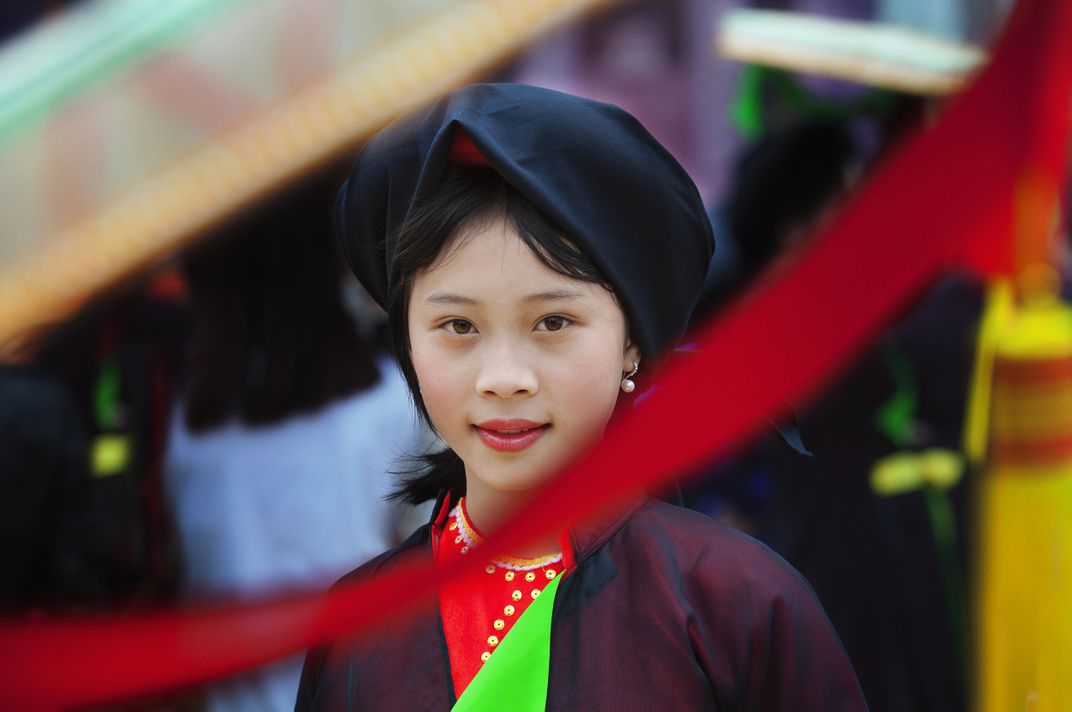 In the provinces of Bắc Ninh and Bắc Giang in northern Viet Nam, many of the villages are twinned, reinforcing their relationship through social customs such as Quan họ folk songs which recognized by UNESCO as world's cultural heritage. The songs are performed as alternating verses between two women from one village who sing in harmony, and two men from another village who respond with similar melodies, but with different lyrics. The women traditionally wear distinctive large round hats and scarves; the men’s costumes include turbans, umbrellas and tunics. This picture is a portrait of little Quan Ho folk artist in a local festival.