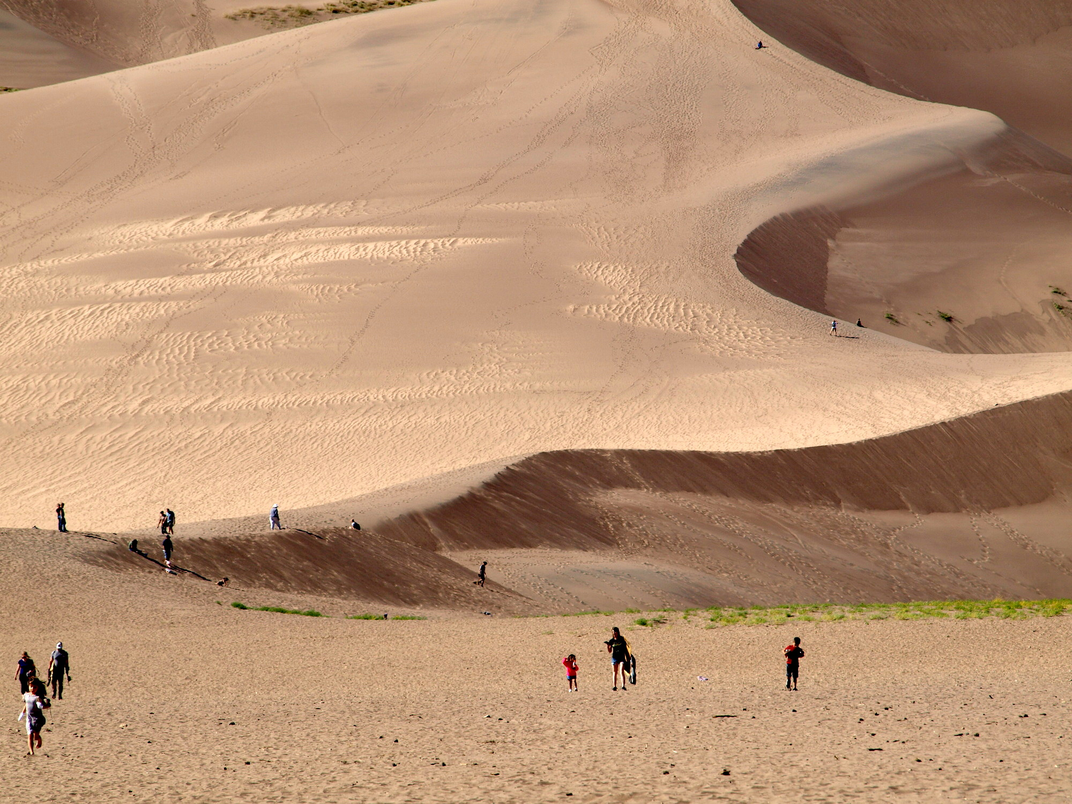 In Great Sand Dunes National Park I have learnt a lot about the connection of American Indians with this land. I have learnt about Sisnaajini - the White Shell Mountain, as well as the importance of Great Sand Dunes to the Navajo people. Blanca Peak, just southeast of the Dunes, is one of the four sacred mountains of the Navajo, "Sisnaajini". Although we don’t know the names or languages of those earliest people, modern American Indian tribes were familiar with the area when Spaniards first arrived about 400 years ago. While these various tribes were here at the dunes, they collected the inner layers of bark from ponderosa pine trees, using them as food and medicine. For the people from the Tewa/Tiwa-speaking pueblos along the Rio Grande, it is a different spiritual link. They remember a traditional site of great importance located in the San Luis Valley near the Dunes: the lake through which their people emerged into the present world. "Sip'ophe" ("Sandy Place Lake") is thought to be the spring(s) and/or lake(s) immediately west of the dunefield. The traditional Ute word for the Great Sand Dunes is Saa waap maa nache, "sand that moves." Jicarilla Apaches settled in northern New Mexico and called the dunes Sei-anyedi, "it goes up and down."