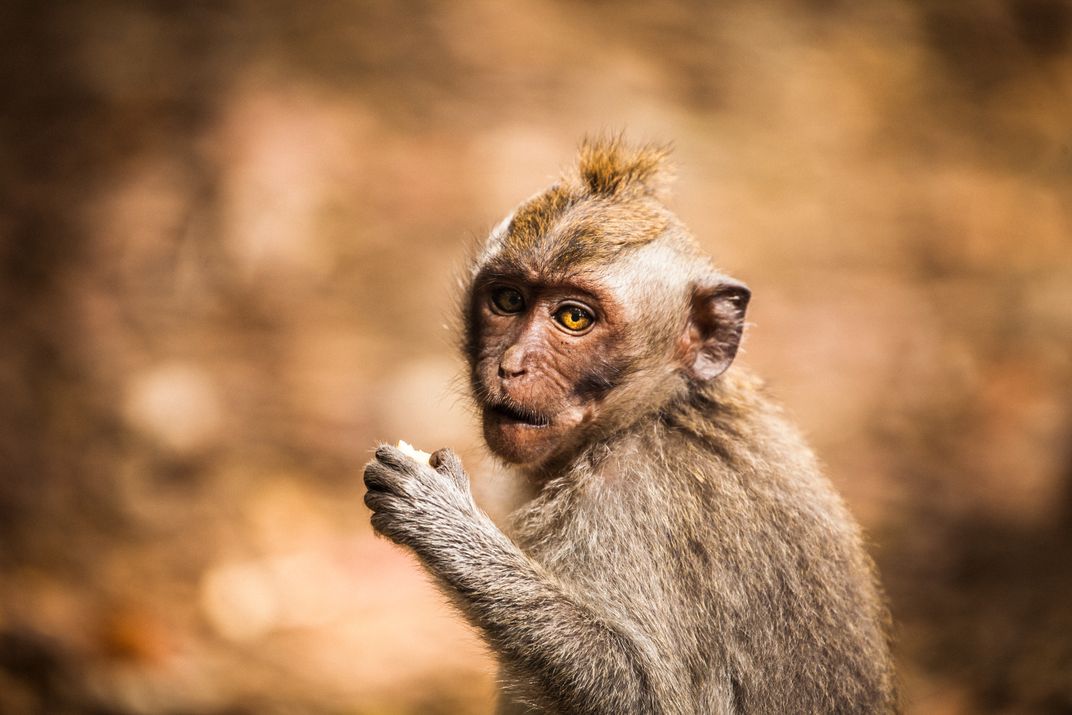 I was in UBUD Monkey Forest observing the monkeys, suddenly a lot of monkeys just appeared from somewhere screaming and running. Then I realized that the big monkey, probably the leader one, was chasing one young male to get his banana. But the young one didn't give up and speed up to escape from the angry big fella, and somehow he was succeed. This picture I took a few minutes later this chasing event. The young was with his trofeu in his hand satisfied and determined.