Home Travel A Longing for the Desert 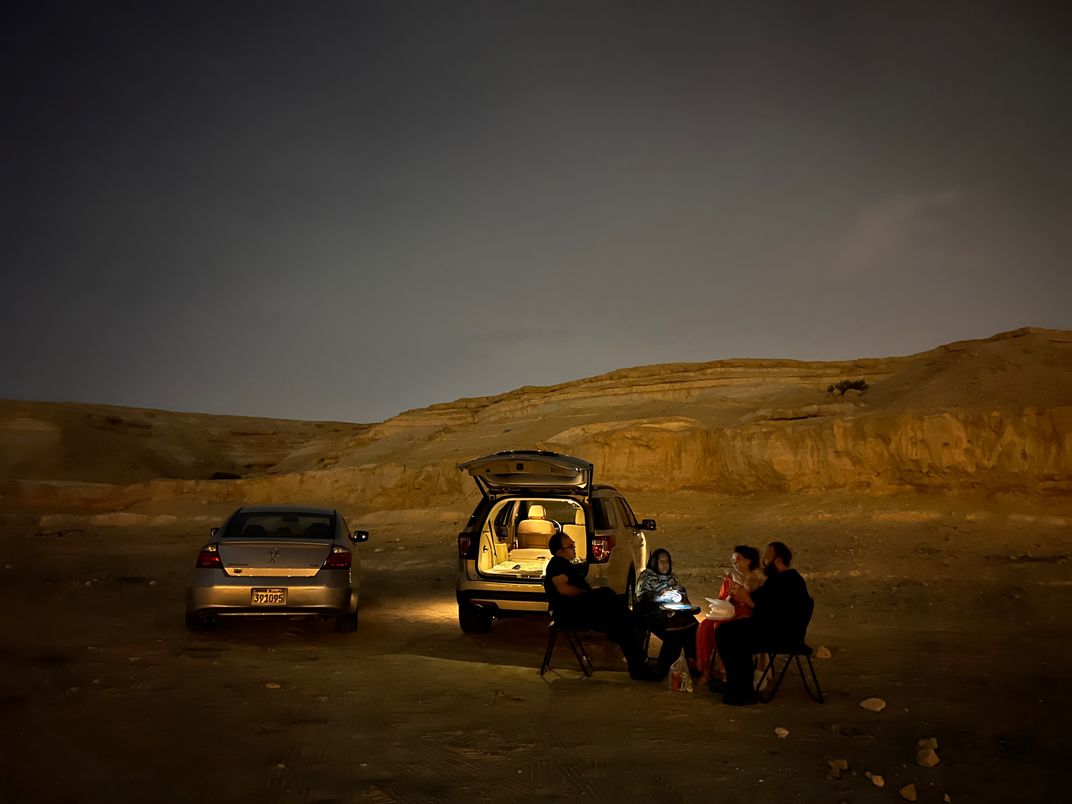 (Kingdom of Bahrain) Oil economy - with its huge wealth (a blessing and damnation) - has carpeted the immense Arabic desert of the peninsula of glass towers and skyscrapers filled with air con, of neon lights and billboards, of amusement parks and shopping malls like palaces. Above the desert run - like veins - pipes and motorways, with their constant flow of oil and of pick up trucks, electric cars, Lamborghini and Range Rovers. On the small island of Barhain, you can see them from the window of your moving car at dusk: off the road, gathered in small groups, clustered around a tiny light bulb powered with a car engine or around a bonfire. Or near a lit oil well. They go off the roads into the small parcels of desert left, in between the motorways and the buildings. Small patches, little interstices of sand. Or larger ones. Always surrounded by city. They go there when the air gets fresher, in the autumn and winter evenings. From October to February. The temperature in Bahrain hits 50 degrees in the summer. They go there, choose a spot, park the cars like in a caravanserraj, lay the carpets and stay. Together. Tea. Narghile. No music, no television. Some talk. Lot’s of silence. It feels like it must have been in the Peninsula for millennia. People are more attracted to the desert than the sea here when they need to spend time with themselves and with the ones they like. The modern city keeps grinding life all around but they don’t see it. Together, sitting on their “flying “ carpets in the small parcels of sand swollen by the city, talking softly, with no rush and no bill to pay, they seem to have brought back to life their immense ancestral desert.