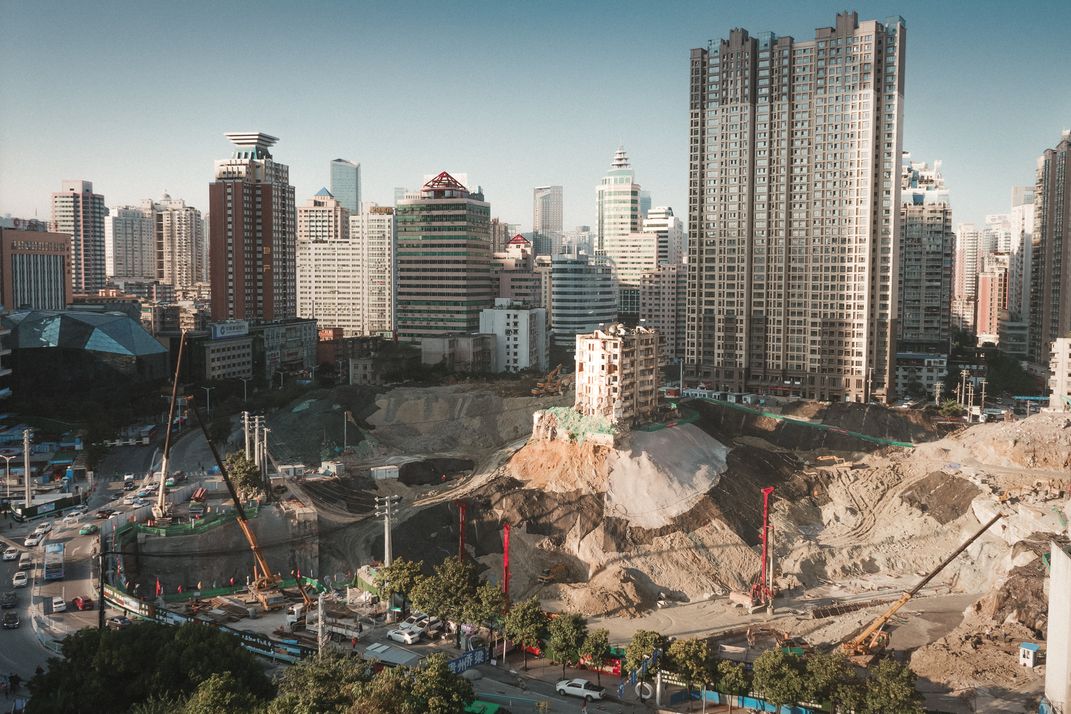 During the reconstruction of the Guiyang City, a old urban village building inside the city is waiting to be teared down. Urban villages (城中村, literally: "village in city") are villages that appear on both the outskirts and the downtown segments of major Chinese cities, including Shenzhen and Guangzhou. They are surrounded by skyscrapers, transportation infrastructures, and other modern urban constructions. Urban villages are a unique phenomenon that formed part of China's urbanization efforts. Urban villages are commonly inhabited by the poor and transient, and as such they are associated with squalor, overcrowding and social problems. However, they are also among the liveliest areas in some cities and are notable for affording economic opportunity to newcomers to the city. Over the years, the government has torn down a lot of urban villages in major cities like Shenzhen and Guangzhou to develop new commercial buildings.