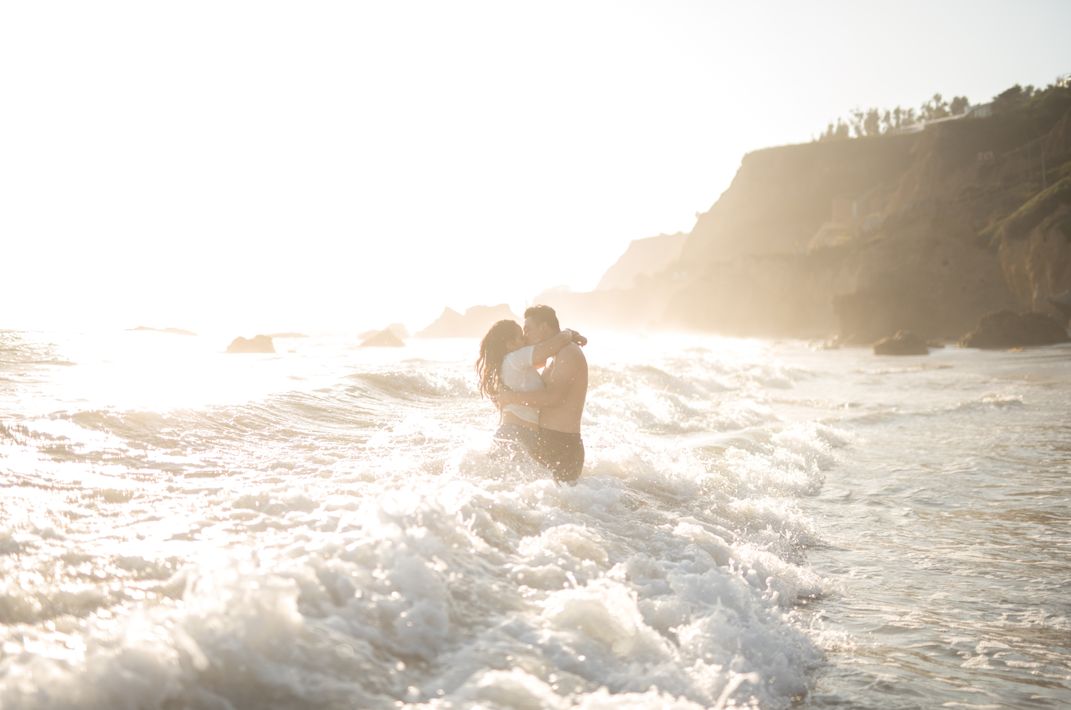 While I was in California, I decided to take a quick dip in the ocean. I stopped at a small beach in Malibu and ran down to jump in. I got in the ocean and was swimming by myself, when I looked over and saw this couple, kissing with the waves crashing all around them. It was gorgeous and symbolic of such a perfect love so I jumped out of the ocean, said hello to them and asked them to get this photograph. It was very difficult though, as I had to swim out into the ocean with my camera to get the shot I wanted. I barely kept the camera above water as the waves kept crashing and got this beautiful moment, with the sun setting behind them. When I asked them their story, they had told me they were both from El Salvador and that he had crossed the border about six months before. This was their first time seeing each other in a long time, as she had just crossed the border herself, and were dedicated to making up the lost time together.