Home Sustainable Travel A Man Looks Out the Door 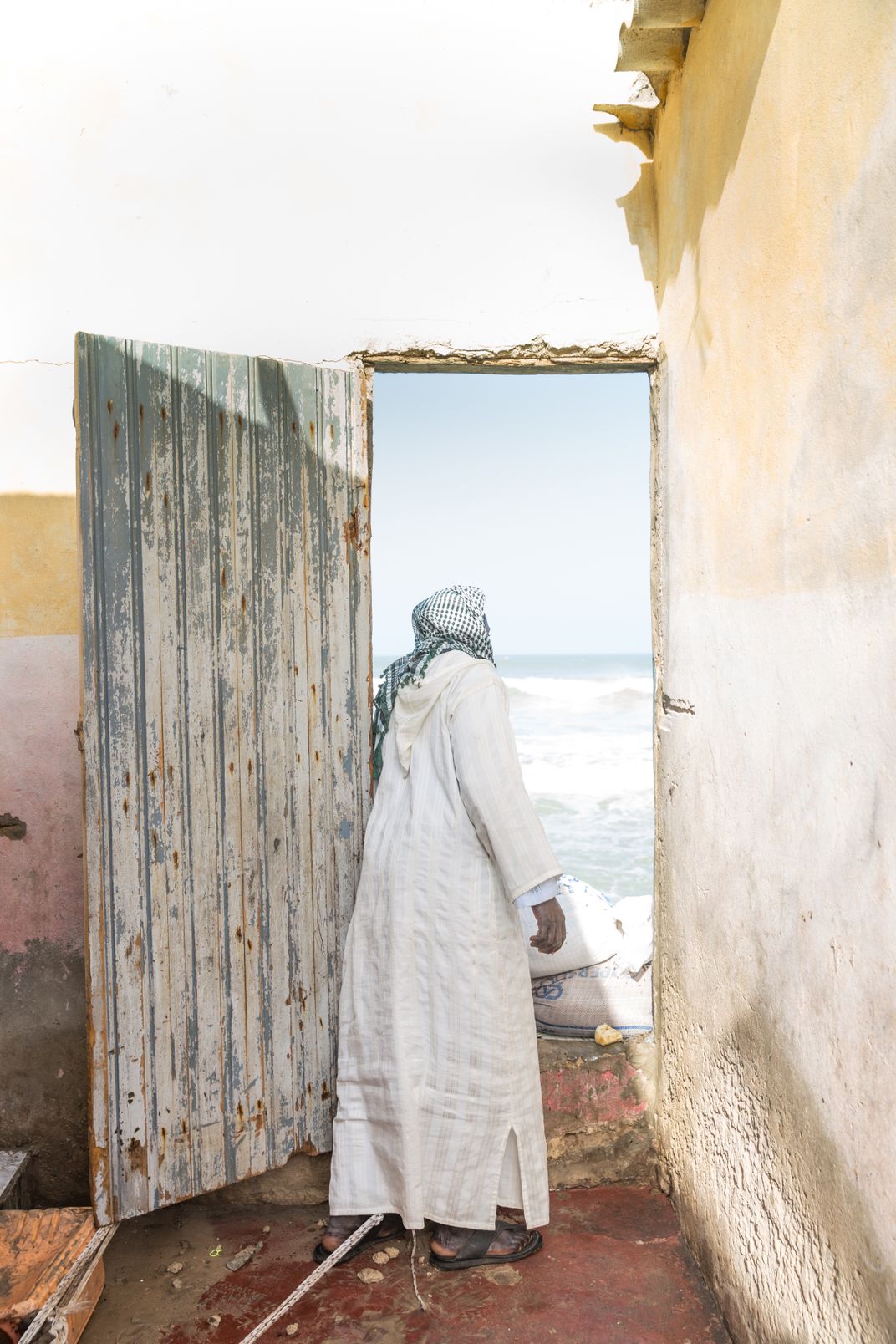 This photo won the Sustainable Travel category of our 14th Annual Photo Contest. See all of the winners and finalists here.

To me, sustainable travel means making connections with individuals, communities and landscapes. I usually hope to spend a month in one place, allowing me to get to know local people, from shopkeepers to scientists. I try to find ways to understand and document the issues that have the most impact on their daily lives. In this image, a man is looking out a door that just hours before led to his family's bedroom. The tide was particularly high that day, and because of rising sea levels, the sea had risen high enough to chew away at the home. The back rooms crumbled into the sea while his family carried their belongings out the front door. Several homes fell into the sea that morning. In an overpopulated community like Guet Ndar, the fishing village in Saint Louis, Senegal, many families may live in one home. So the loss of a home is particularly impactful.
When I first arrived in Senegal, I spent my first few days asking people about what matters most to them, what changes they had seen in the community, what worried them, etc. Many people were worried about the increasing impacts of climate change. Herders living inland said there was so little rain, they couldn't feed their herds and had become the first generation in their lineage to look for supplementary work outside of herding. Fishermen described their homes becoming inundated with water and the seas becoming more volatile.
I spent a month in Senegal documenting climate change as a human rights issue. I started photographing the issue through human relationships to the environment and to one another. The morning I photographed the high tides and the loss of homes was part of a personal realization that climate change isn't just an environmental issue, it's a human one. And I realized that the people who contributed very little to the problem―those living in poverty or directly dependent on natural resources―will be the first to feel the impacts of climate change. And they are already beginning to deeply feel the effects. It sparked my interest in learning about an environmental issues through conversation and photography. A year later, I spent a month in Panama's Guna Yala region, an archipelago of tribally held islands in which communities are facing relocation (or already relocating) due to rising seas, lack of water and other climate-related changes and challenges. I plan to spend a month in four more locations around the world for a total of six "chapters" in the project.
#Senegal
Photo Detail
Awards