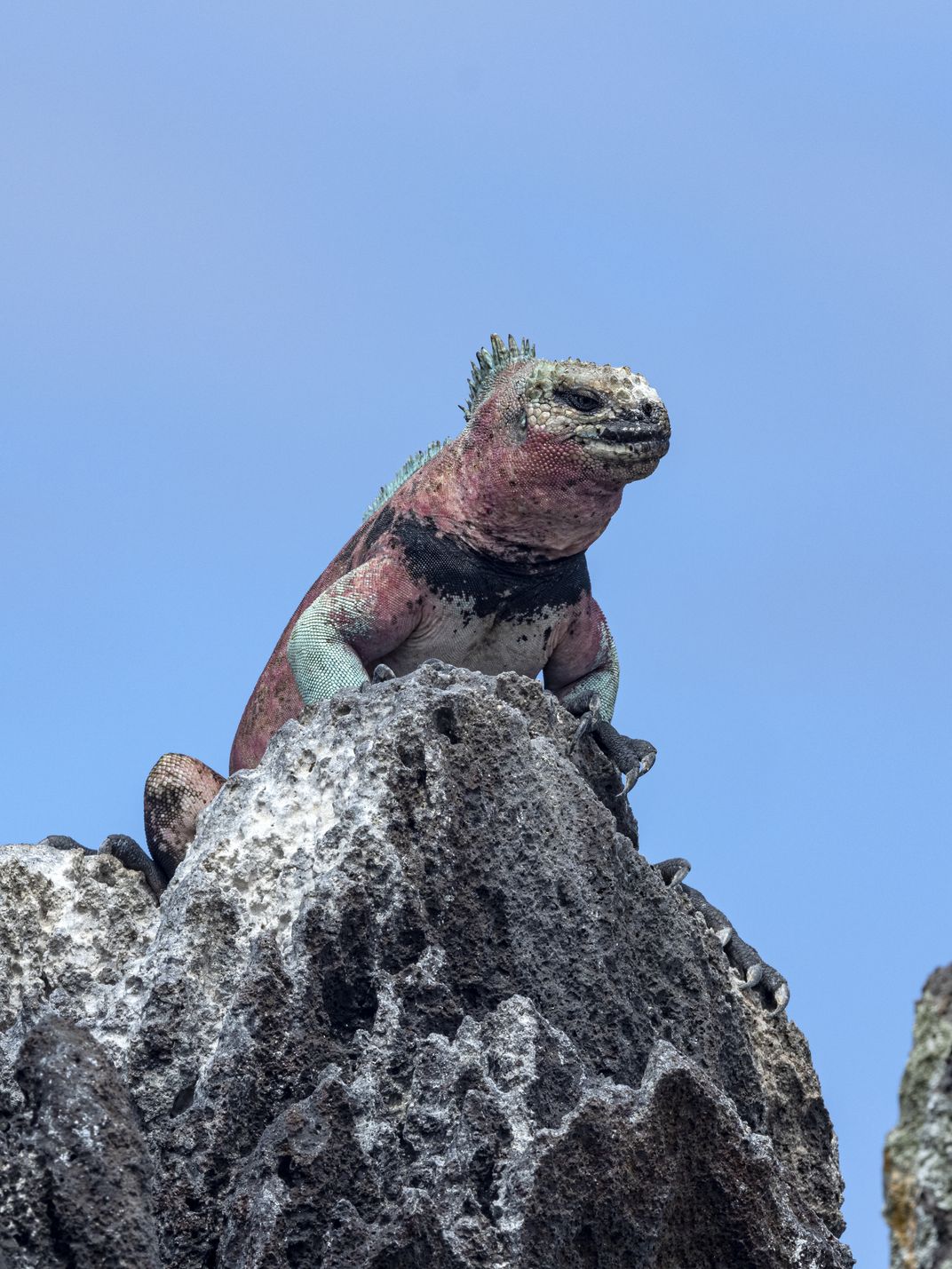 The Island of Espaniola is one of the pristine islands in the Galapagos. A limited number of persons are allowed only on a very small portion of the island, that too after they have been cleared by the authorities, to a point that even they shoes are chemically treated before the 3 hour boat ride there from San Cristobal. This is an image of the colourful Marine Igiuana which I made on the Island as it popped out from behind this Lava rock giving me a beautiful portrait format frame.