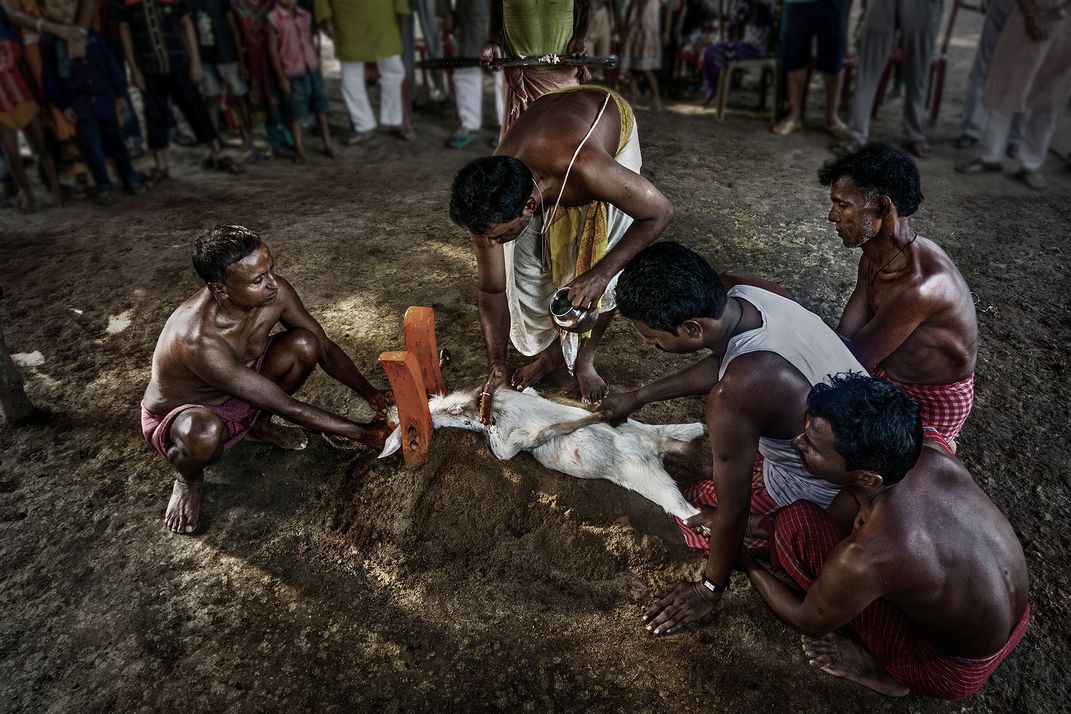 I took this image in a remote village of Jharkhand,India during the "Durga puja festival of 2015.Every year during the Durga puja" nearly 30 to 40 animals are sacrificed in this village.I covered this whole story of "Animals sacrifice"and showed the documentary to the head or ' Pradhan ' of this village.I discussed with him and tried to make him understand that sacrificing innocent animals in the name of god is nothing but a sin. After listening to everything he assured me that he would think about this matter. I felt very happy when i came to know that the man kept his words ,tried every mean to stop the animal sacrifice and succeeded to a great extent.This year, during Durga puja 2016,the number of animal sacrifice reduced from 40 to just 7 or 8.I hope this number will also vanish in the coming years if we keep trying by giving our best.