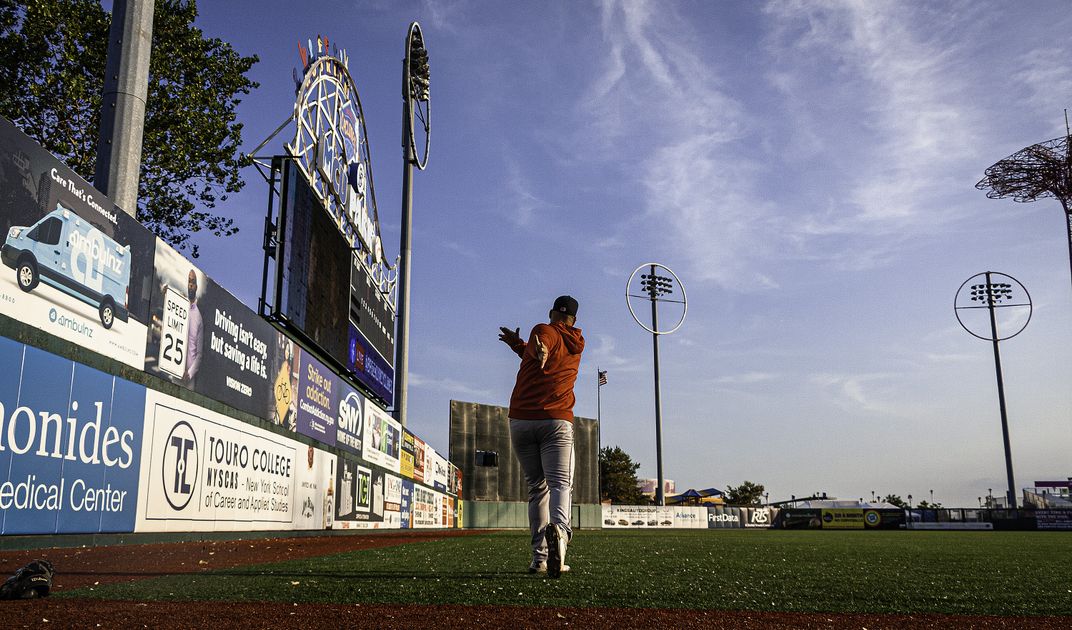 Before Game 2 of the New York-Penn League Championship on at Brooklyn's MCU Park September 9, 2019, a pitcher from the Lowell Spinners warms up in the outfield. I had spent the season capturing action during the game, so I took the opportunity to use this series to try some new techniques and angles before the game. Just a month after this was taken, it was revealed that Major League Baseball had plans to contract the number of Minor League teams from 160 to 120. The Spinners are currently awaiting a decision from the Red Sox as to whether or not they will remain an affiliated club.