Home Natural World A Mother, a Cub and their Anaconda 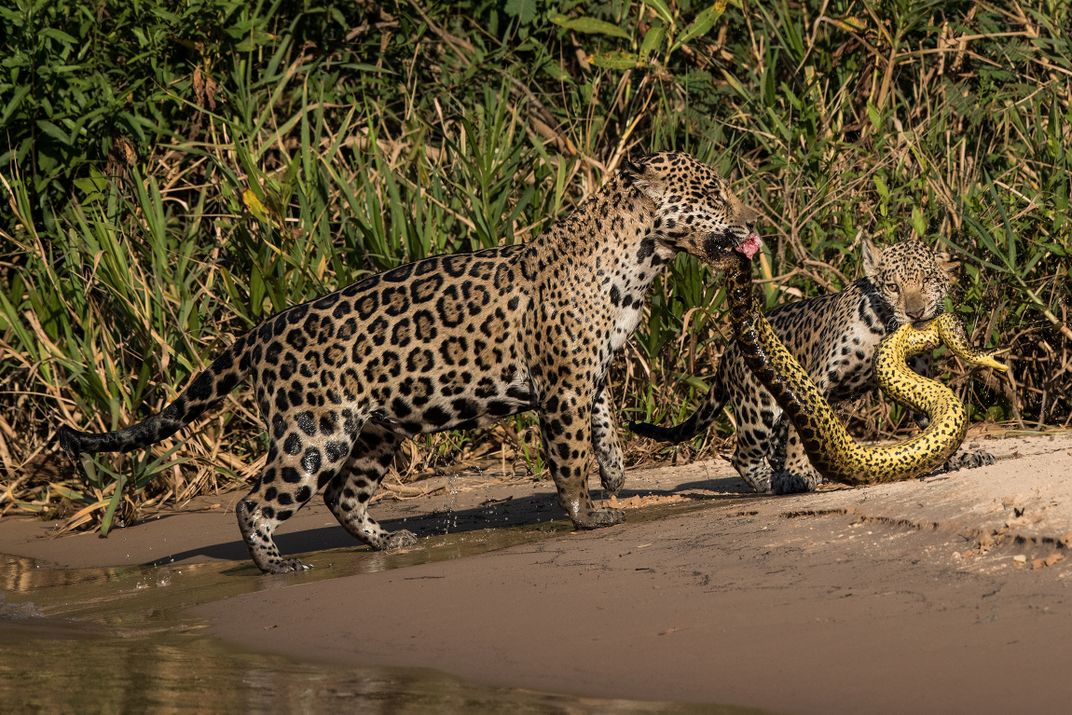 It was in the middle of the afternoon and we were on the Cuiaba river when Regina, our guide, told us that she had been informed that there was a female Jaguar with her cub on a nicely open sand beach on the Tres Irmaos River. We immediately decided to go check them out hoping they would still be there by the time we completed the 45-minute boat ride. As we got close, we saw over 10 boats leaving as the pair had left the open and went into the dense vegetation. We decided to stay, hoping that they would appear again now that it was much quieter with only two boats left. We suddenly heard a splash in the water and saw the mother and the cub crossing the river right in front of us. The cub was holding onto something that looked like her tail. As they started to come out of the water we realized that they were both holding onto an anaconda. There were muffled screams on the boat as nothing had prepared us for this.