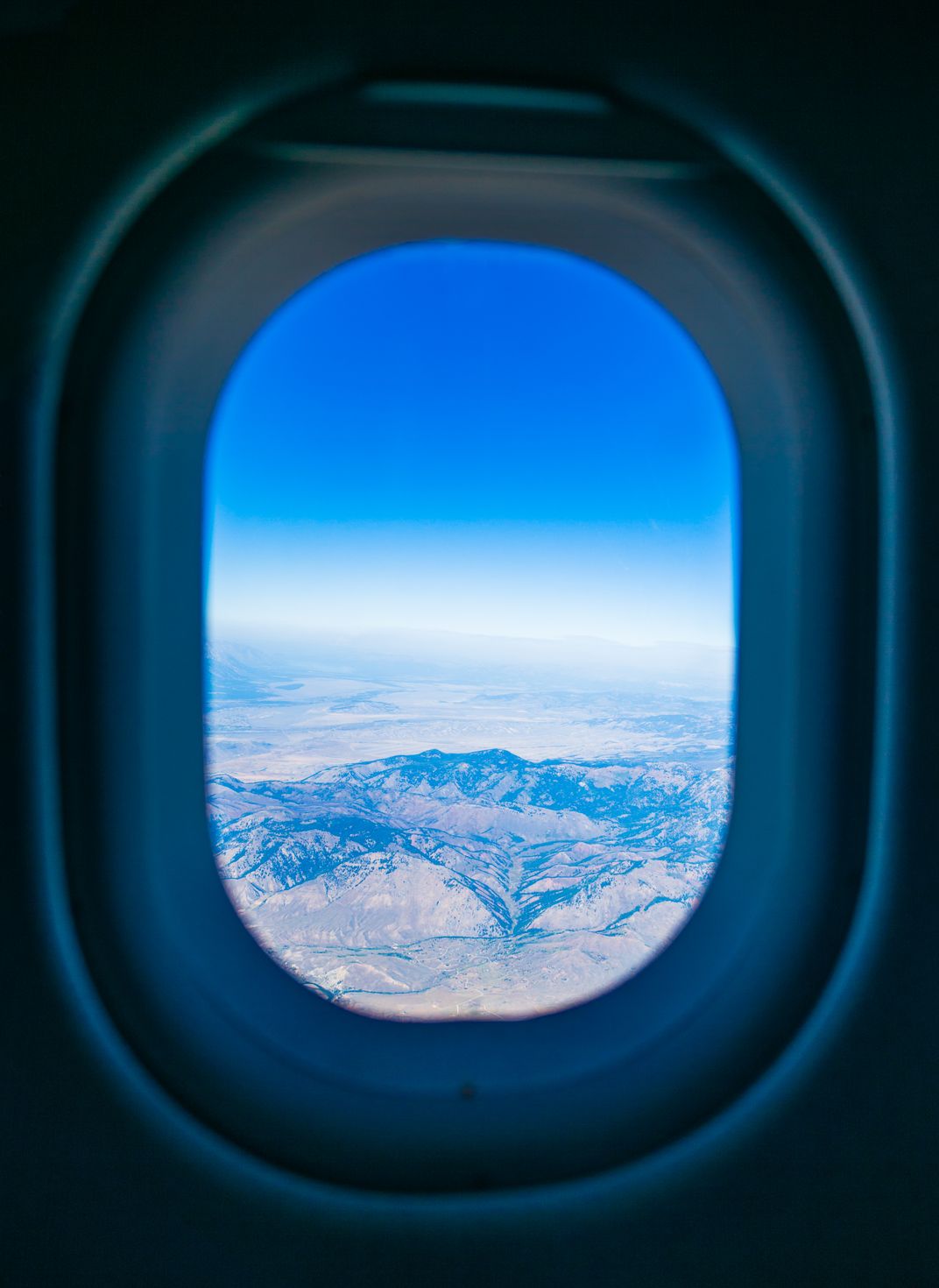 A picture out of an airplane window near Jackson Hole Airport. I was stunned when we flew into Jackson Airport. It was spectacularly beautiful with the Grand Teton Mountains forming a backdrop. Given it is the busiest airport in Wyoming I was happily surprised to see how they kept it distinctly rustic but at the same time efficient and clean. No boarding gate tunnels to form a barrier between you and nature. It seem like they had gone out of their way to keep this as low impact as possible. I later learned that this airport is the only airport based in a national park and is well regulated by the National Parks Conservation Association which seems to work well. Its an amazing view flying in and out of Jackson Hole Airport.