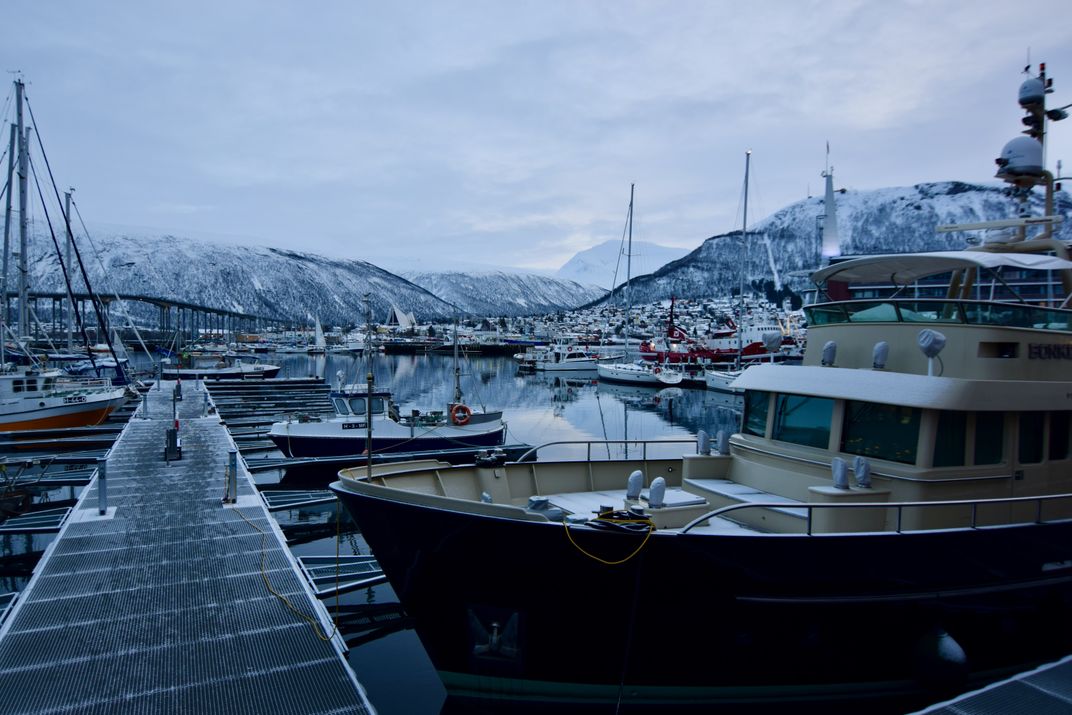 This photograph captures a still harbor in Tromsø, Norway during Polar Night. Polar Night is a wondrous phenomenon that occurs in the southernmost and northernmost regions of the earth where nighttime lasts more than 24 hours. Although one might assume it would be pitch black during this time, there is actually a pearly glow that fills Tromsø for a few hours each day during Polar Night (especially toward the end of the season), mimicking a type of "sunlight." It is stunning beyond words and very difficult to capture in photographs. It almost feels otherworldly.