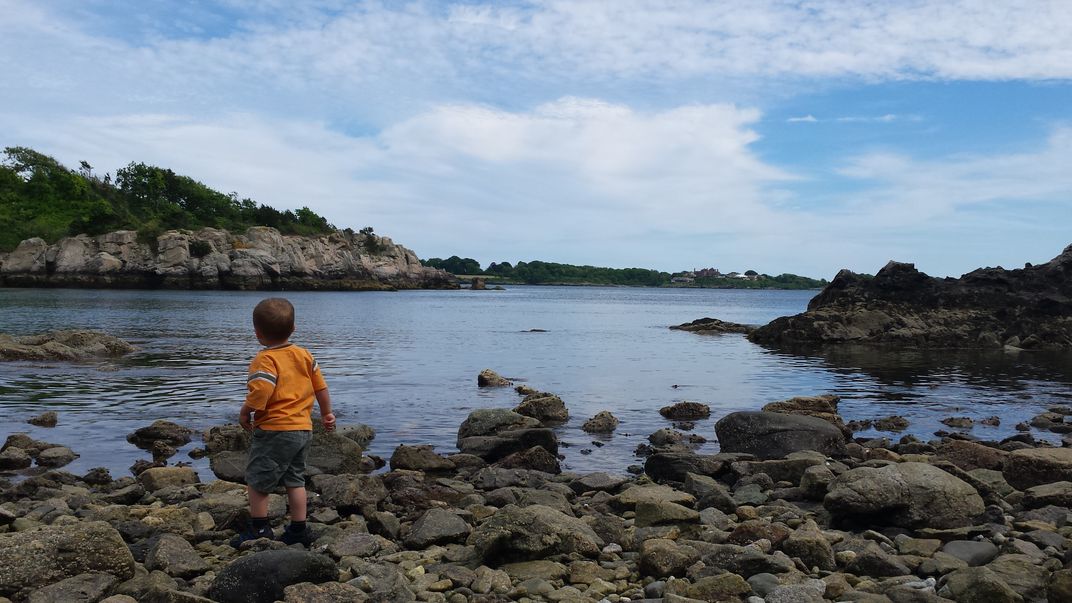 My son and I were adveturing on a small island called Jamestown. We went to a beautiful park and relaxed on the edge of a rocky cove... my son's favorite thing to do is throw rocks in the water. They say when a child throws a rock in the water, they feel as if they are making an impact.. on something. The ripples that form show that impact. They feel for once their little bodies are capable of doing something that is much bigger than them. I wanted to capture that in this picture.