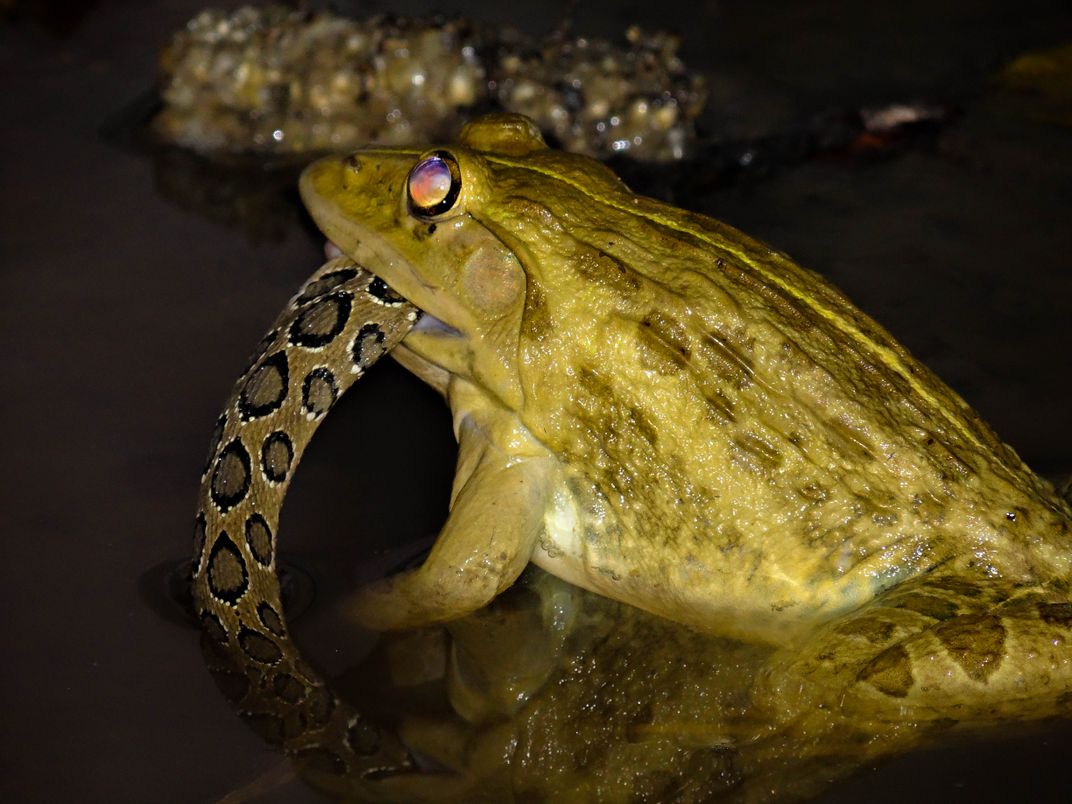 walking along a dried muddy path when I heard some noise in an otherwise silent location. When I used my cellphones flash light to see what it was, I was surprised to see an Indian Bull Frog fighting with a Russel’s Viper. The Viper didn’t look an adult as it wasn’t huge but still was about 2 feet. I saw them fighting for about 5-10 mins and thought it would be a routine, where a frog falls prey to an aggressive predator. But to my surprise the frog attacked and swallowed the vipers head. As soon as I saw this I ran back to my house to get my digicam and document what I felt could be a once in a lifetime kind of moment for me. It took me about 10 minutes to come back to that place with my ill prepared camera which I hadn’t used since some time. And by that time the frog was halfway through its meal. It was then I started clicking as many shots I could get.