Home People A protester at the "Rage Against Rape" protest march 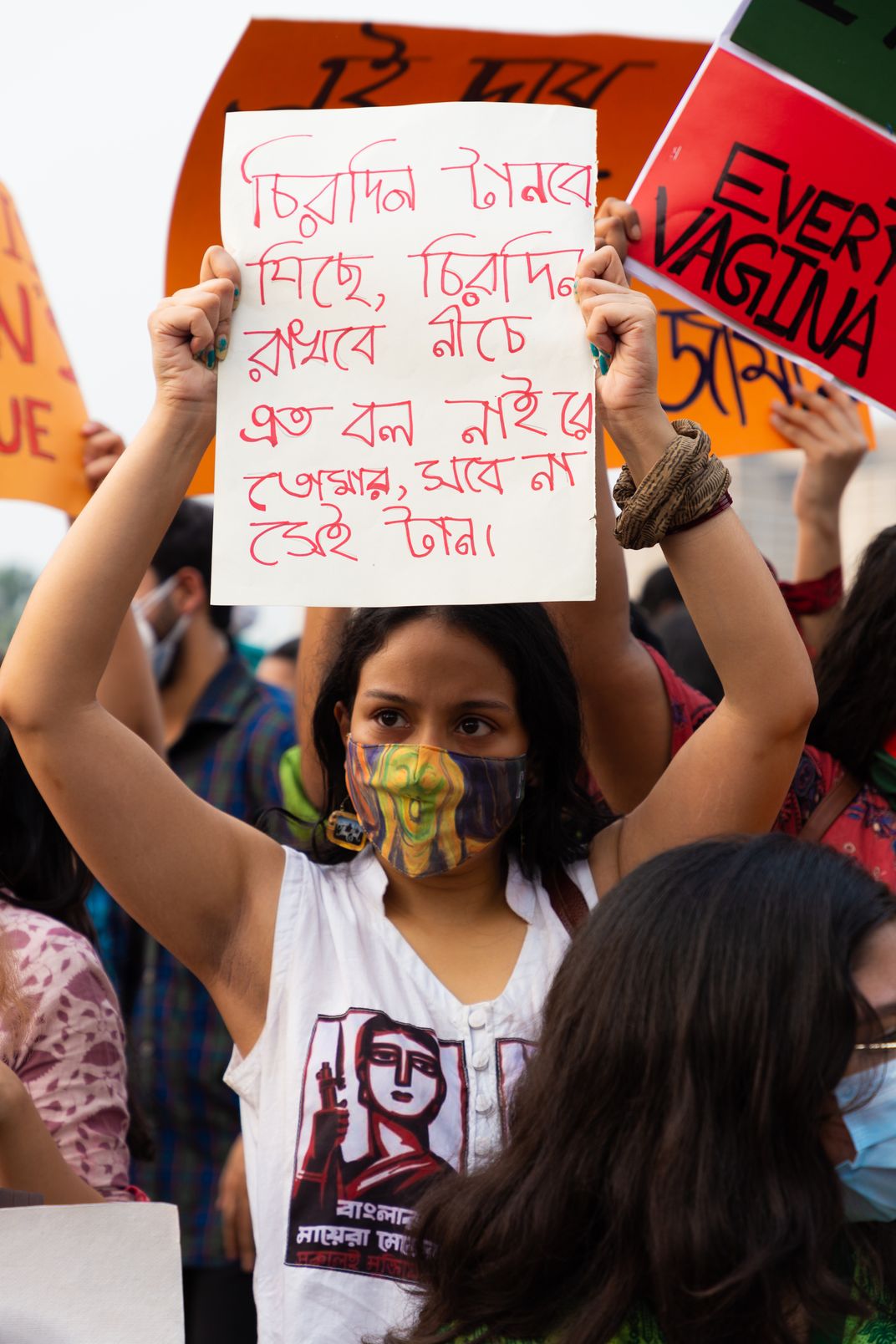 "Feminists Across Generations" are an intergenerational feminist alliance that brings in activists and other individuals under one platform to stand up against gender-based violence and abuse against women in Bangladesh. In light of the growing gender based violence the alliance came together on 10th October 2020 and organized a protest march, "Rage Against Rape", in front of the national Parliament building in the capital Dhaka. In the photo a protester is holding up a sign with famous Rabindranath Tagore Poem excerpt written on it, roughly translated as "To drag someone behind forever, to hold someone down forever/You lack such power, nor can you endure such haul."