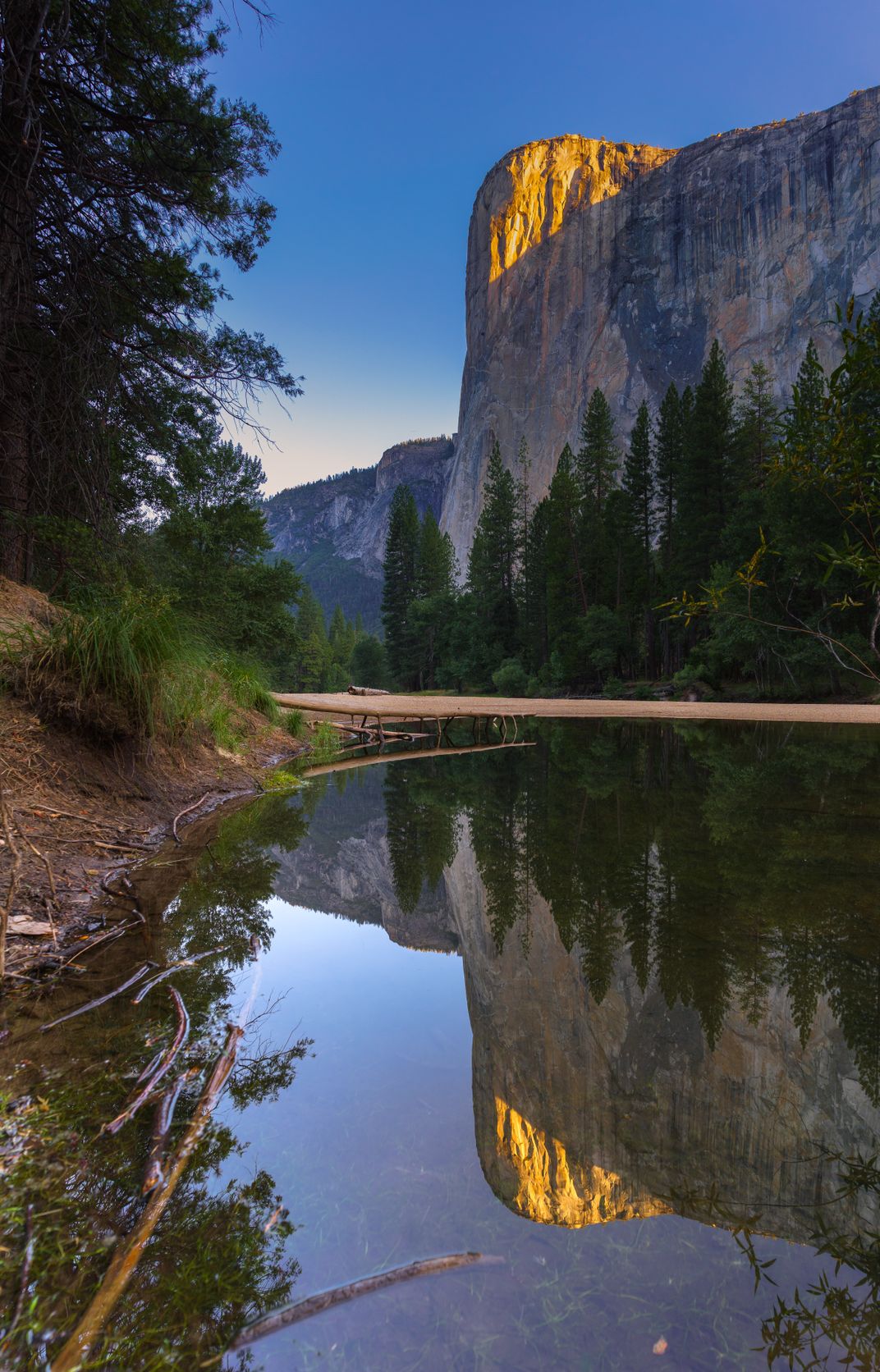 The reflection of El Capitan at first light of sunrise in Yosemite National Park was inspired by the time I camped at Dewey Point, a ledge across the valley overlooking El Capitan, in 2011. Every morning, the first light to hit the valley was on the tip of El Capitan. Nine years later, I would return to get the shot that was in my mind. During the restrictions due to COVID crisis, our first anniversary planned trip to Yosemite Lodge and Curry Cabins in April was cancelled after two years of planning to get a reservation. Luckily, I was granted a one-day-vehicle pass in July when this shot was taken.