Home The American Experience A sunset interrupted by a thunderstorm 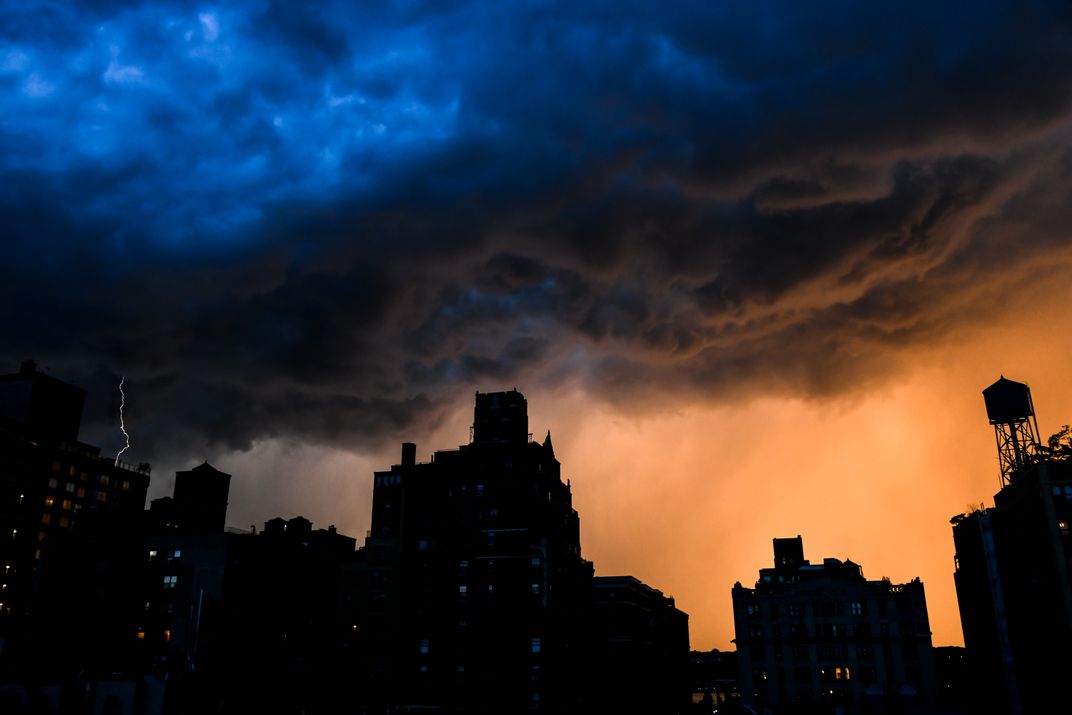 One day during the summer of 2019, just as we were sitting down for dinner, the sunset was interrupted by a sudden bout of darkness. Looking out of the window, I saw a storm system moving over, on one end of which sunset colors were visible even as the other end had ominous looking clouds and otherworldly colors. Then, flashes of lighting appeared followed by a heavy downpour. Just as suddenly, a few minutes later, the rain stopped, the sky cleared up and the sunset resumed as if nothing had happened.