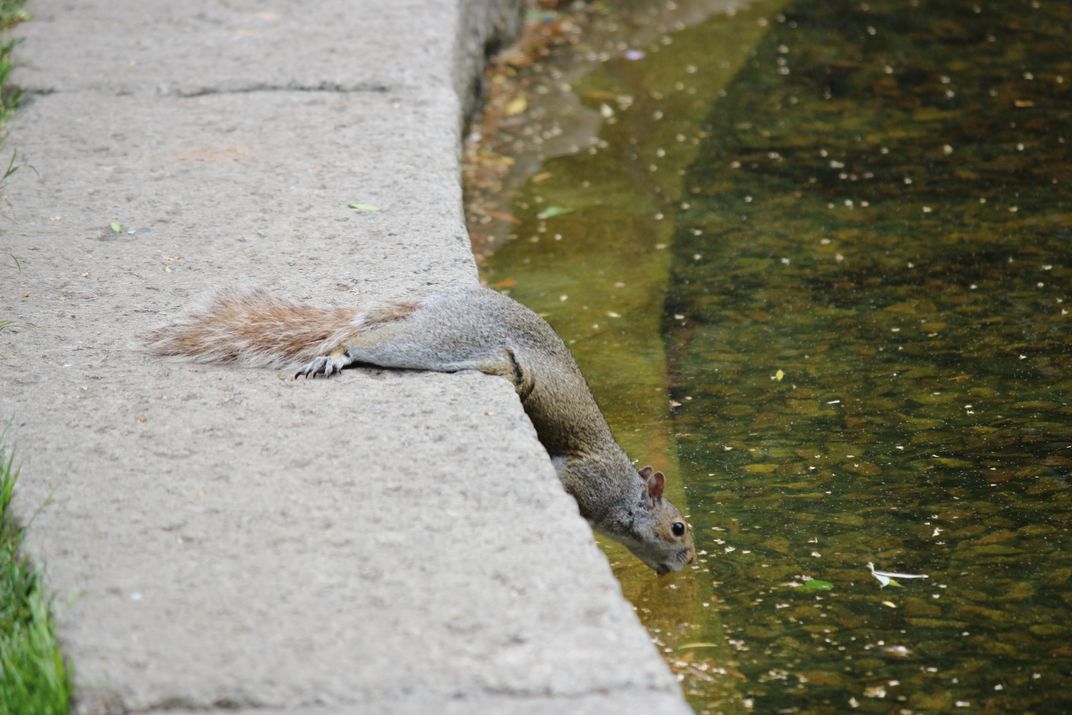 I was walking through the Boston Public Gardens, and reached a spot where there weren't a lot of people; I stopped to catch my breath, and heard some sounds. I turned around and saw the tail of a squirrel at the edge of a fountain. I had a view from behind. I wasn't sure what I had seen, until the squirrel got up. I realized it had been hanging down into the fountain, to take a sip of water. I was lucky enough that it chose to do it again. During this time, I moved to the side, to capture a side view of the squirrel.