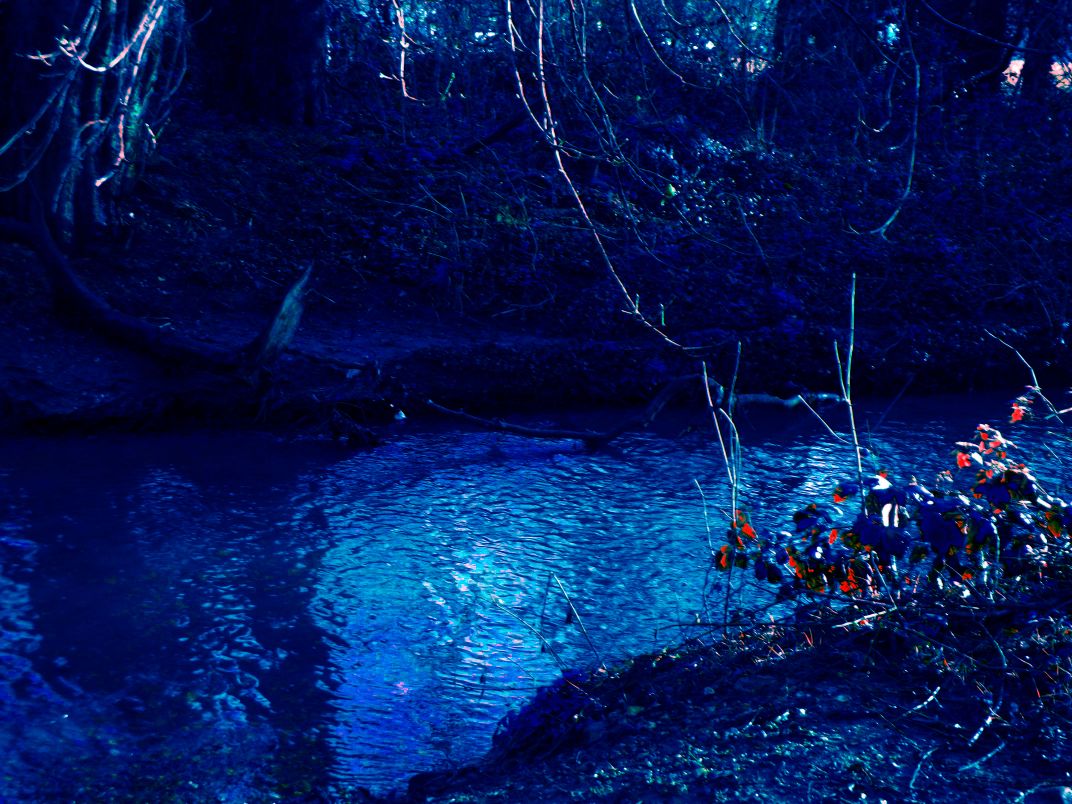 This picture of a lake and trees I altered completely to appear nightly blue. In reality, this photography was taken in pure daylight, probably closer to early afternoon than night. The slight tinges of red I feel stop the image from looking as though it was simply generically changed to all blue, as well as the light from the lakes reflection. If anyone first glanced at the photo, they would most likely assume it was moonlight, instead, the composition of colours reflects a sun hidden by many high trees in the forest of which this was captured. I changed the photo to look this way because the concept of a nightly lake scene seemed so peaceful and majestic. In reality, I would never have the courage to venture into the forest so late at night, for such a thing would be incredibly dangerous for anyone, particularly a young woman all alone. You could say this photograph reflects my wistfulness and objection to the reality from which it was really taken.