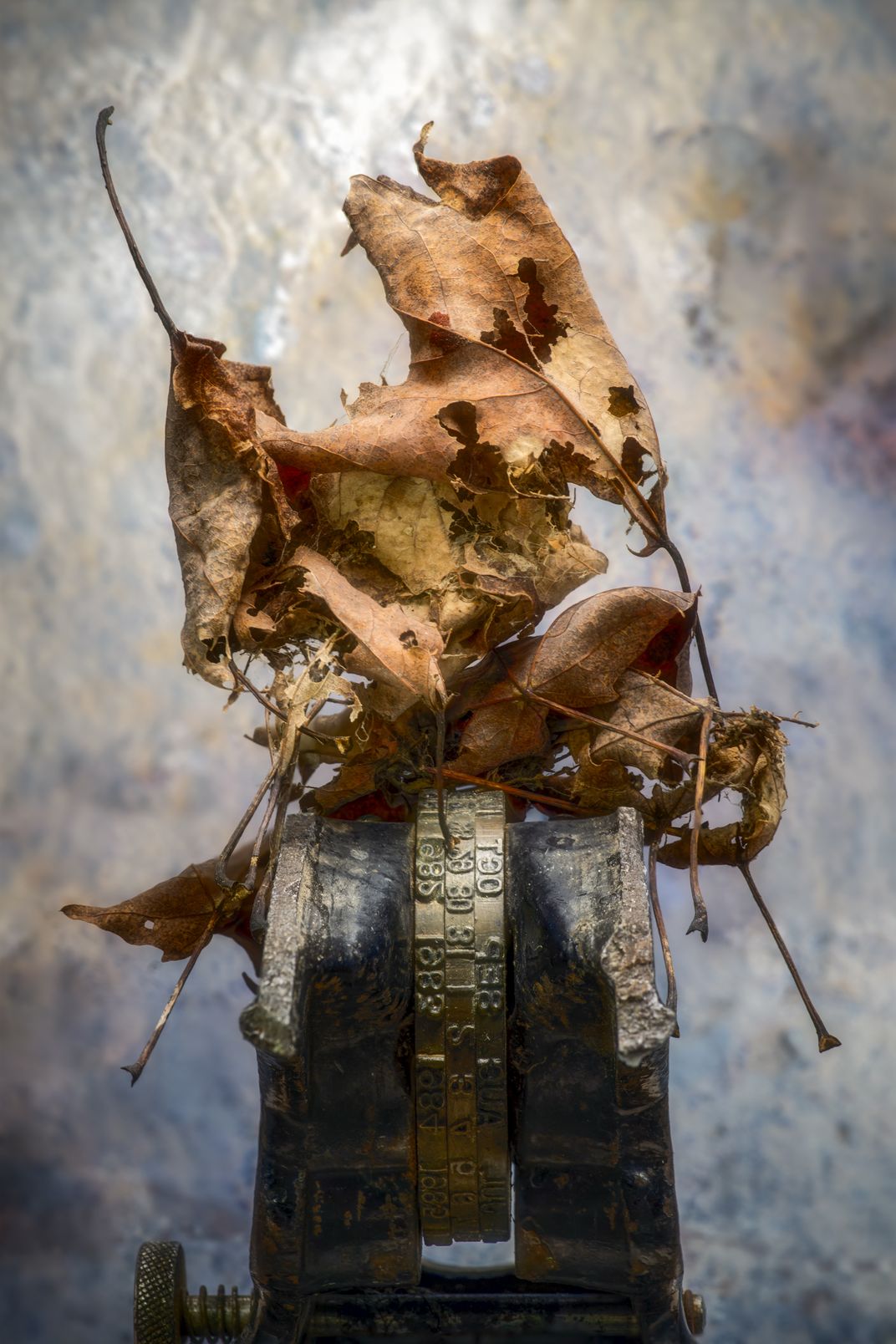 I like working with decaying leaves. They waiting on soil to slowly disappear and nobody look at them. when I put this bunch of leaves on a old universal dater, I immediately knew they were unforgettable. At first, for me, they look like a amazon warrior but later, I change my mind and think they look like a samurai Woman. After some research, I now think they represent Hojo Masaka, a onna-bugeisha ( a sort of Women monk Warrior) who live in Japan in the 12th Century. A Crater in Venus was name In tribune to Hojo Masako.