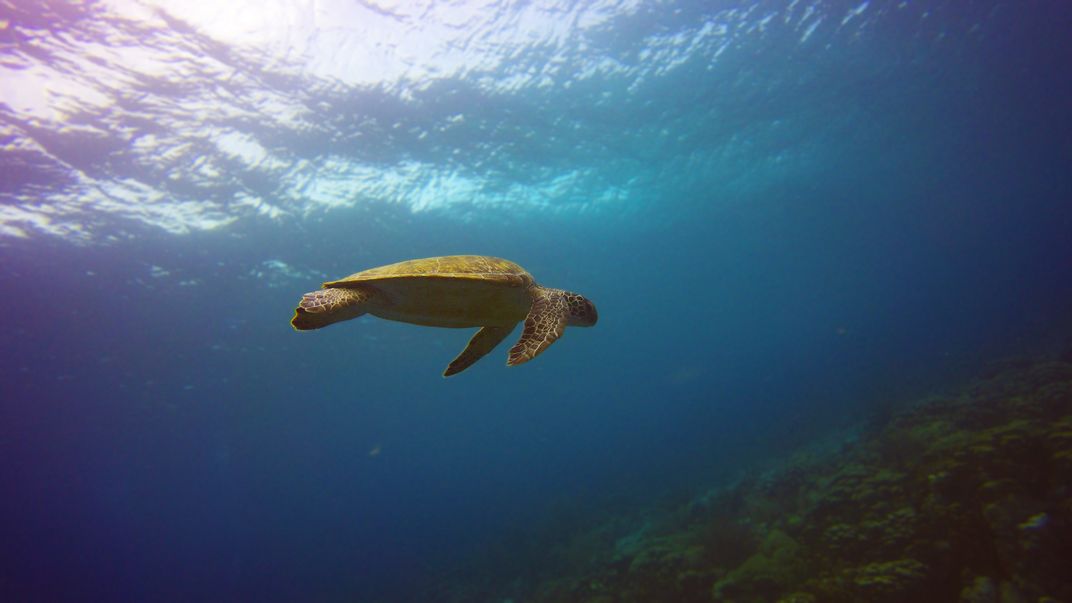 While SCUBA diving in Bonaire this recent January, I saw plenty of amazing underwater creatures, but by far, my favorite marine animals were the turtles. Shying away from most divers, the turtles were fun to watch swim deftly through the waves and travel a few together at a time. They would let us swim beside them but would dart away when we got too close. At one point, I watched as a single turtle swam away from the other two it was with. I followed the turtle, camera in hand, as it took its time heading towards the reef to look for food. I could have easily touched its shell but refrained from doing so and instead took this shot.