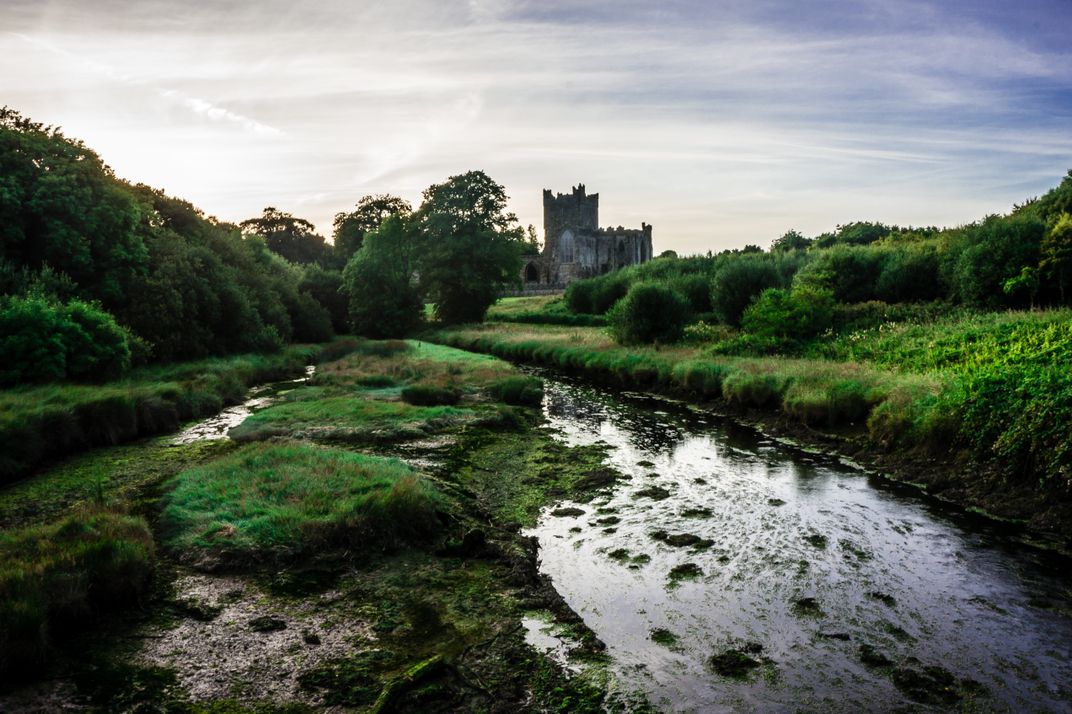 This is a photo of the ruins of Tintern Abbey in Saltmills, County Wexford in Ireland. The Abbey was built by was founded in 1203 by William Marshal, Earl of Pembroke, as the result of a vow he had made when his boat was caught in a storm nearby. Once established, the abbey was colonised by monks from the Cistercian abbey at Tintern in Monmouthshire, Wales, of which Marshal was also patron. The stream is an offshoot from Bannow Bay, the place where the Normans first landed centuries ago.