Home People A young Bhutanese Girl playing on her handphone 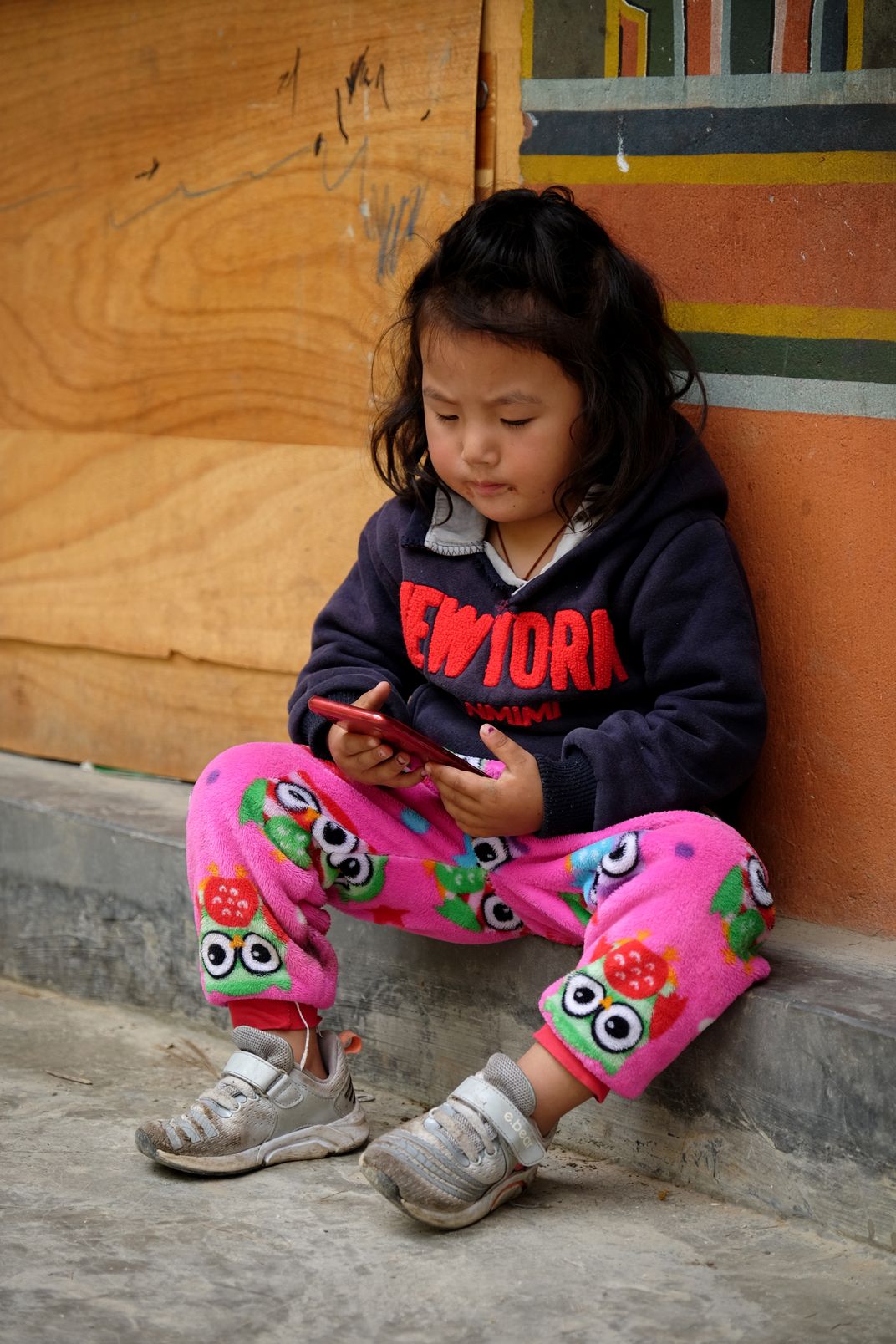 A young Bhutanese girl dressed in a jumper that states “New York” is intensely playing on her mother's smartphone, completely unaware of the stranger taking a photo of her less than three feet away. An image like this would have been a common sight in other countries, especially among western ruled nations where influences of modernisation are expected. The Buddhist way of life is deeply ingrained among majority of the Bhutanese people where 75% of the population is Buddhist. One of the classical teachings of Buddhism is that attachment towards and indulgence of materialism leads to suffering. However, modernisation has desirable and functional elements that are helpful to one’s development and progress, therefore difficult to neglect. Bhutan is the only country in the world that measures Gross National Happiness and has been globally acknowledged for this movement. With the rapid influx of technological development, it will be interesting to see how fast Bhutan can align their traditional values to the convenience and enjoyment that modernisation bring. After all, the young girl in the photo has already welcomed it into her life.