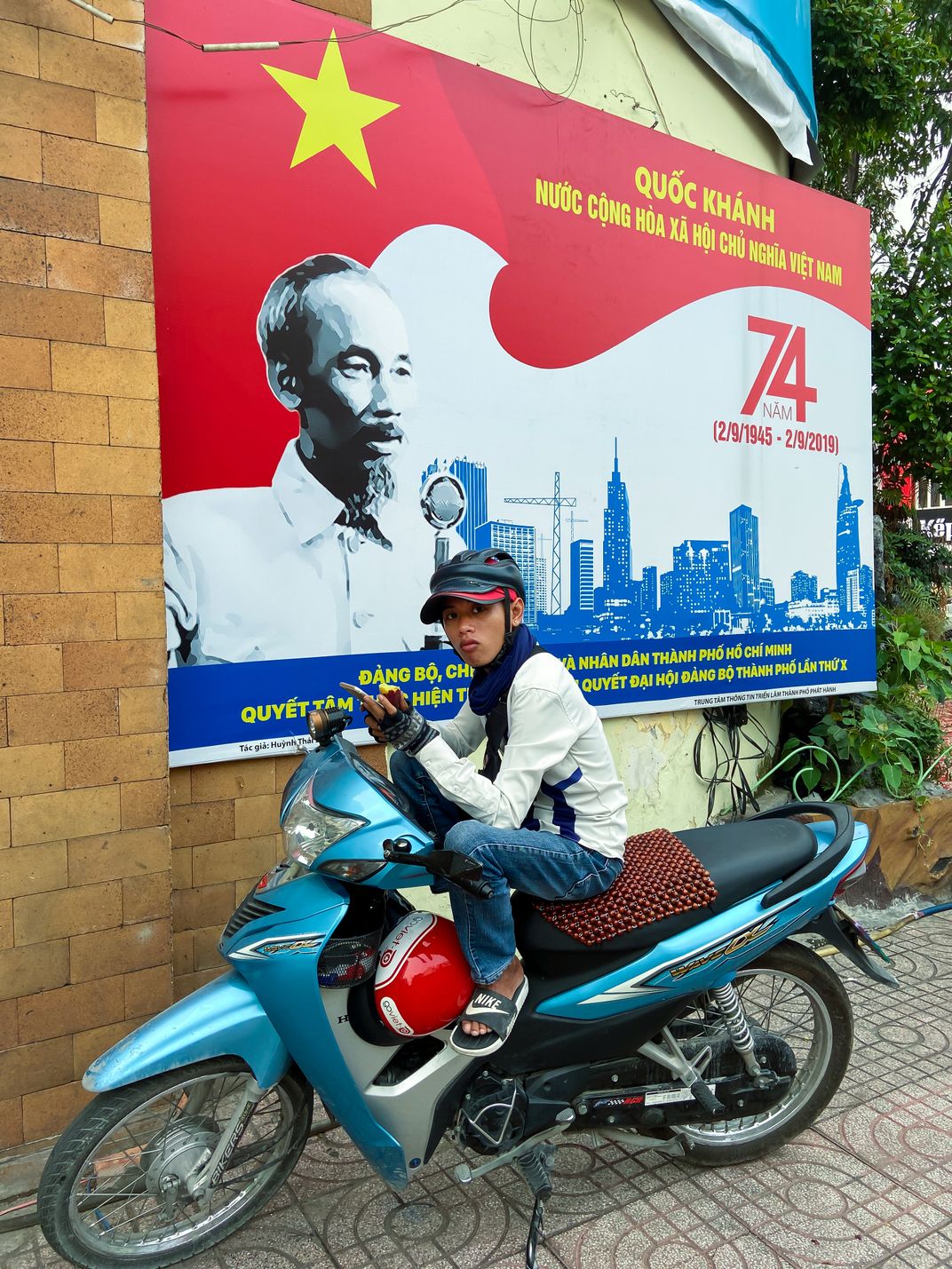 Ho Chi Minh is the first leader of the Vietnam's nationalist movement. In college, he was already protesting against forms of control and suppression. He is one of the most famous 20th century leaders who rallied behind Vietnam's independence. In a way, the young man captured in the photo is able to enjoy freedom from foreign control because of Ho Chi Minh's leadership. Ho Chi Minh City was named after the great leader to honor him after the reunification in 1976.