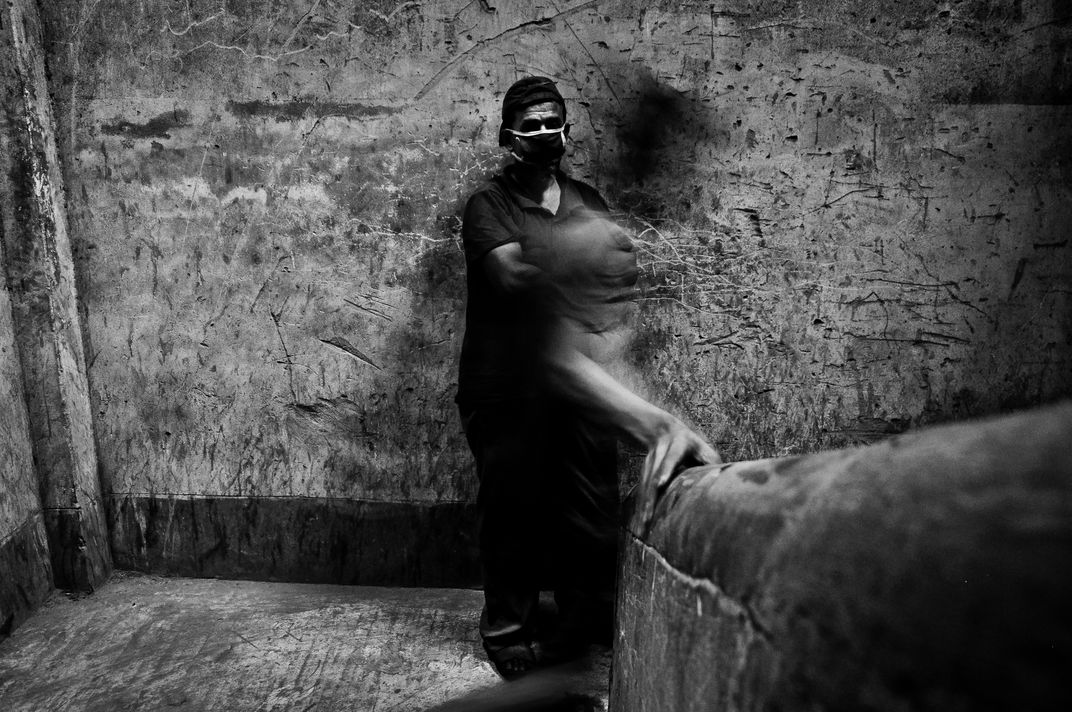 Around 200 large shops, garages and lathe workshops mushroomed in Dholai Khal, as the need for services outgrew the capacity of the small market on English Road. Soon with the increasing number motor vehicles on the roads the number of traders spiralled up. Some say around six lakh people in one form or another are now involved in businesses at Dholai Khal, southern part of Dhaka, Bangladesh. Hamid also works there. He was posing for a portraiture, when I clicked suddenly a man crossed my frame.