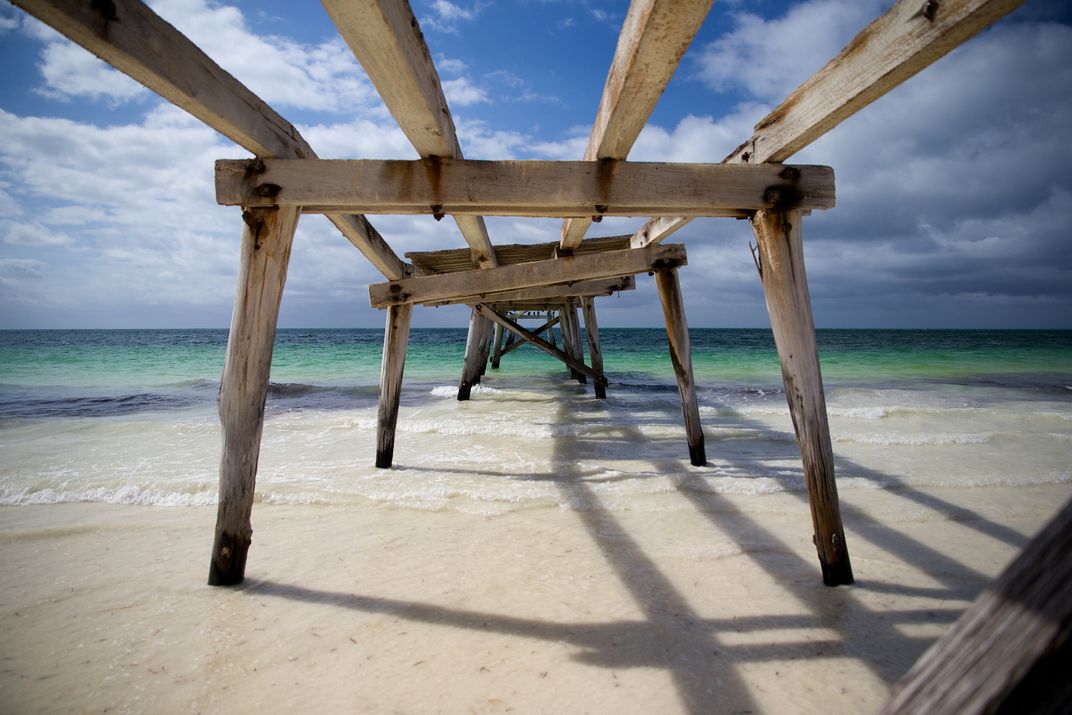 Eucla in Western Australia is one of the most isolated towns in the state and the only Western Australian location on the Eyre Highway that has a direct view of the Great Australian Bight. This jetty was built circa 1880 for the establishment of a manual repeater telegraph station that opened in 1877, Eucla was one of the most important telegraph stations on the line. It was abandoned in 1929 with the construction of a new telegraph line further north alongside the Trans-Australian Railway.