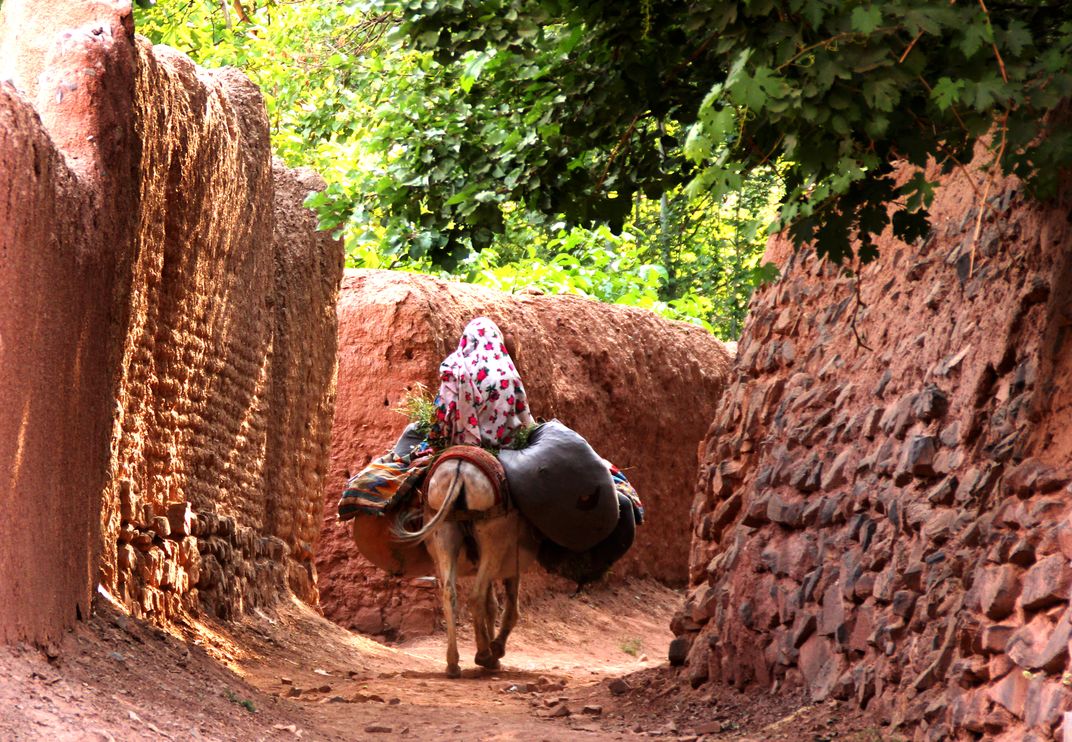 In Abyaneh village, older women do most of the daily chores. This village is one of the oldest villages in Iran. Its people still retain their traditional and ancient cover. Their language is the Pahlavi language, which is related to the religion of Zoroaster. The architecture of this village is very strange. The red soil of the environment has affected the appearance of the village. The young people of the village have migrated and the old people have kept the village alive.