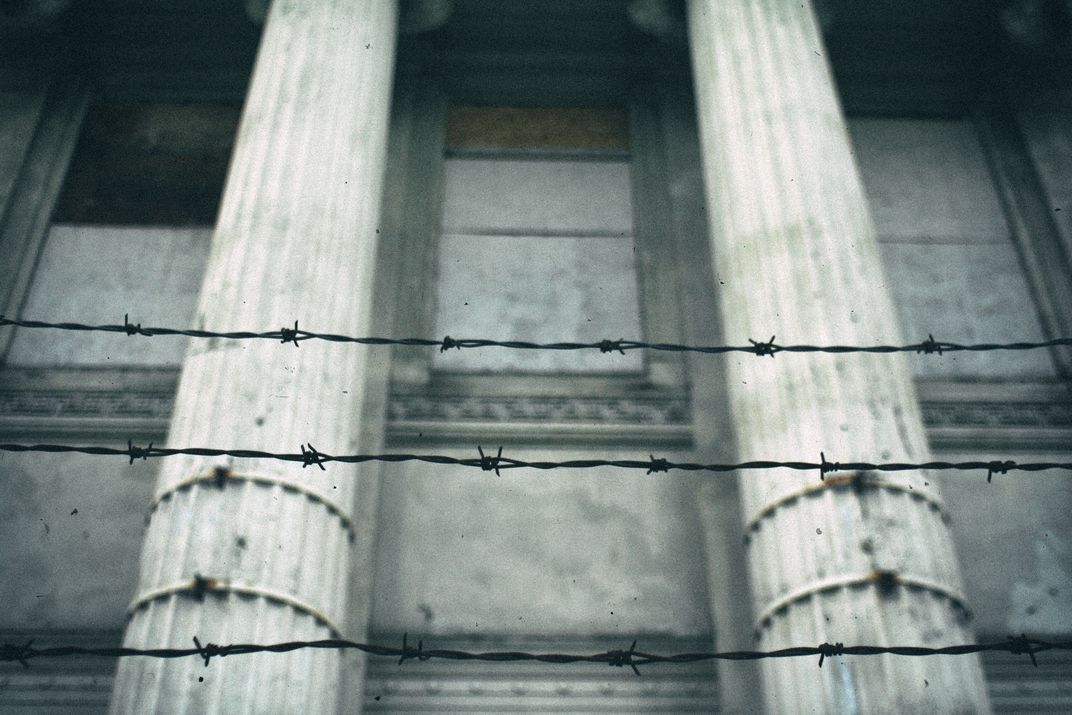 We were out on the town in San Jose one evening and we happened to walk by this abandoned (but quite grandiose and columned!) building. It was surrounded by barbed wire, which stood in stark contrast to the stately columns and facade that still remained intact, though weathered. I took a shot looking up at the barbed wire and the columns right behind it, to give an appearance of being trapped behind the wire and not being allowed on the side where fanciness existed.