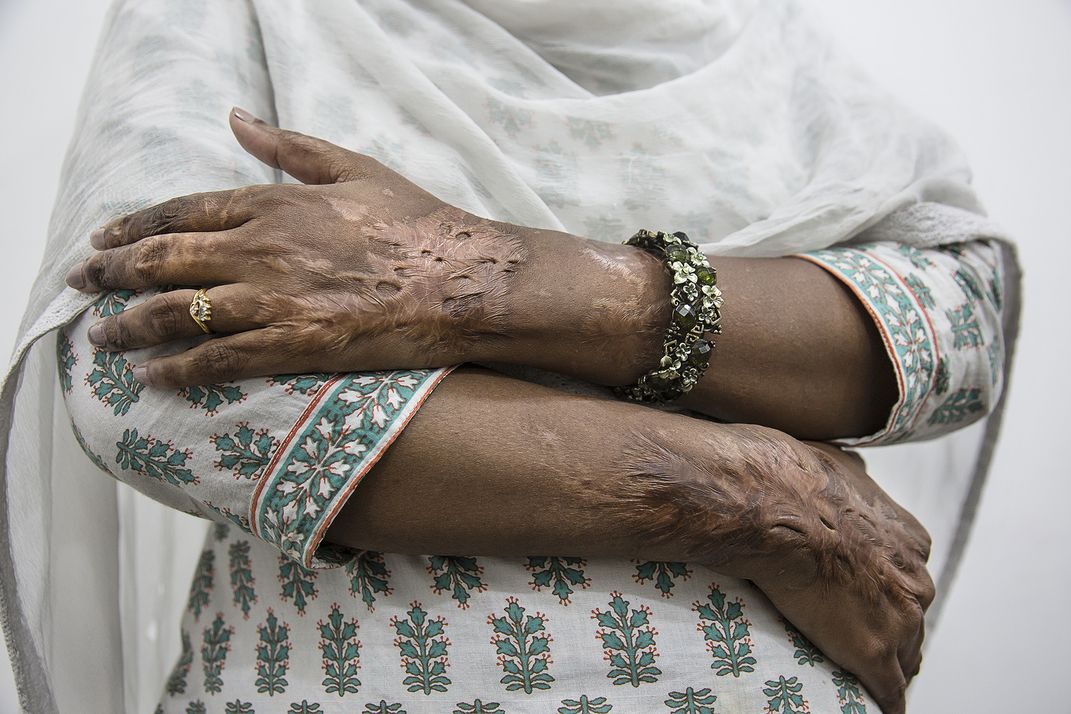 Dacca, Bangladesh. Acid attack effect on a woman's arms. This woman became an unintentional target when, in March 27th 2000, a man with whom her colleague was once involved with, attacked them on the street. This left her colleague visually impaired in one eye, on face and hands scalded. After several extensive surgery, she started to work as Programme Officer at Acid Survivors Foundation in Dacca. Most of the time, the "reasons" of these attacks are sentimental (men against women) or for economic debates (men against men).