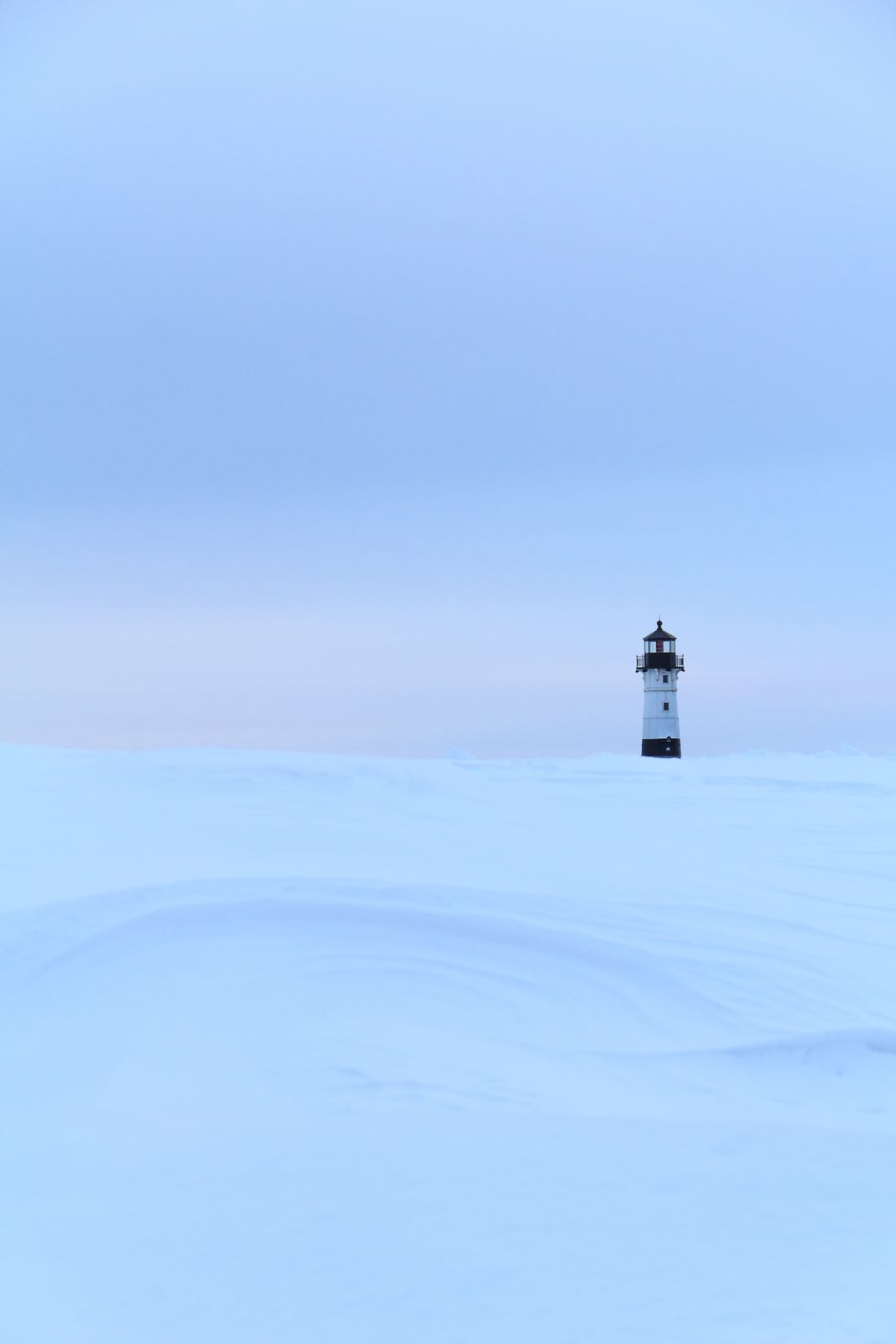 Wind-sculpted snow accentuates the shoreline near the Canal Park Lighthouse on Lake Superior. Toward the end of a sunrise photo shoot, in which the colors were fairly flat, I packed up my gear and headed toward my vehicle. I turned around a final time to look at the scene, and recognized a new, unique perspective. After warming my painfully cold fingers for a few minutes, I set up my equipment for the final and most memorable shoot of the morning. This image was captured on February 26, 2014, during a winter of extreme cold and snow depths in northern Minnesota. In my eyes, this scene perfectly illustrated and captured the sense of overwhelm many of us felt during such a long, taxing winter. Although it is fairly minimalist, I believe it evokes emotion and tells a story.