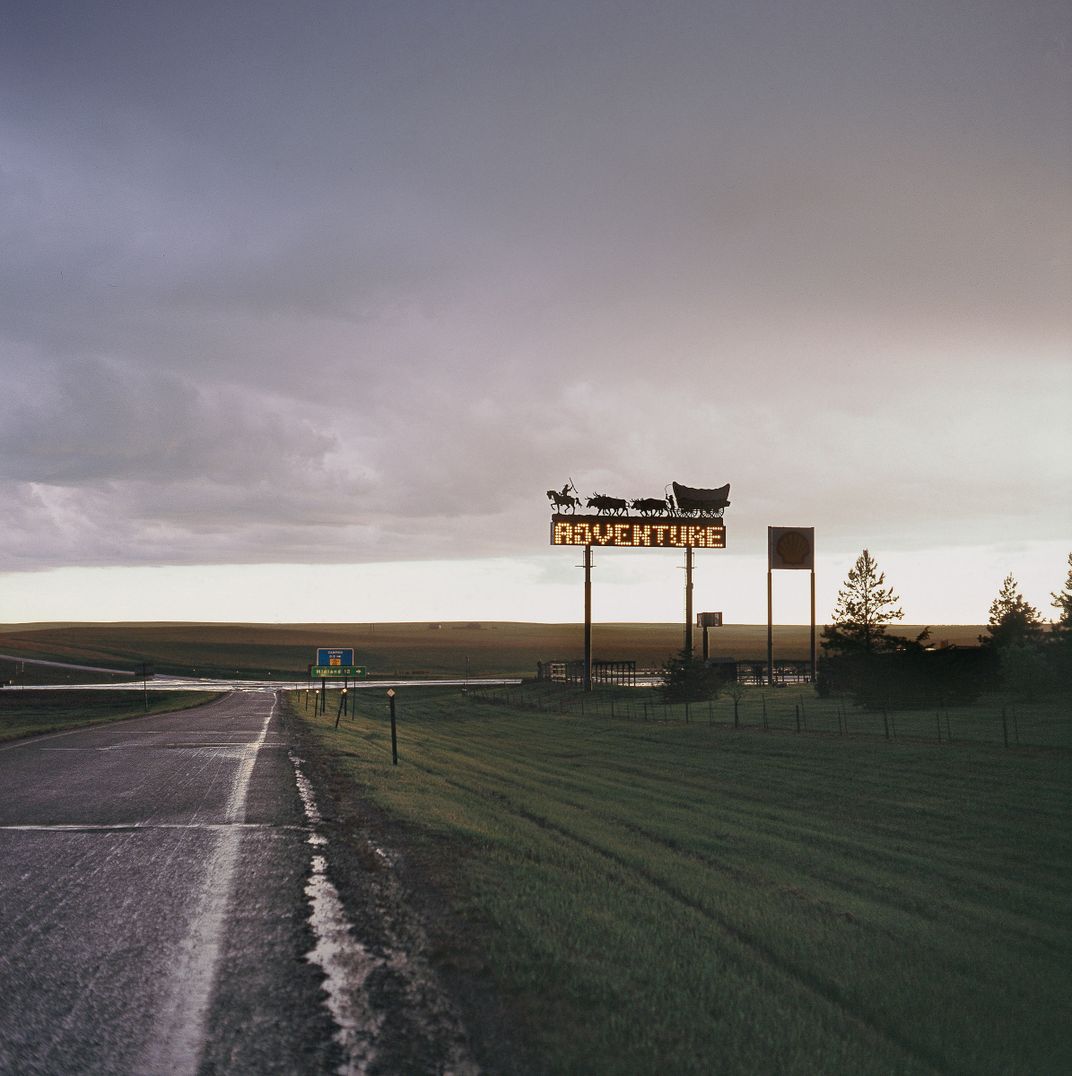 I had mapped out where these are located along the route to Wyoming. I had been planning to photograph this particular location for over a year. The day I planned to arrive here was late in the day -- to catch the low light. My day began early with photography across South Dakota of Railroad Landscapes -- grain silos, small towns, lone trees against the vast expanse of the Great Plains. I felt the day was pretty fruitful so far -- but as I began my final approach to photograph the sign, I encountered some nasty weather. Driving along I-90 the sky darkened dramatically and everything was near pitch-black as rain came down in buckets and traffic on the interstate decreased to a snail's pace. I was resigned to my fate. As I got nearer to my destination, the sky was still very dark and rain continued to fall. I began working with the medium format camera and suddenly the sky began to break apart in the West, where the sun was falling. I saw an opportunity and as the rain stopped I grabbed my camera again and placed the camera in-front of the locomotive. I shot one sheet out of fear : having traveled this far from New York I didn't want to leave here without something -- even if it's not perfect. So I waited longer but time was running out. After praying to St. Ansel and the Gods of Photography, the sky cleared and this is what unfolded in front of me.