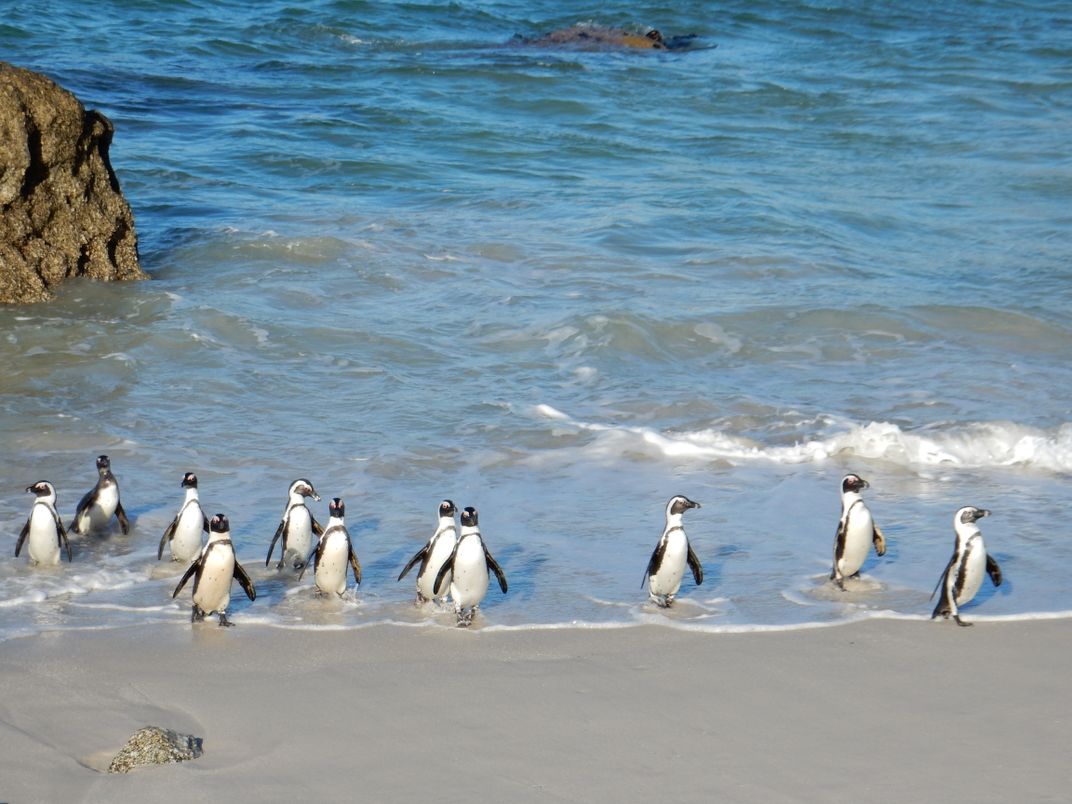 During a trip to South Africa, my husband and I visited Simon’s Town near the Cape in search of my favorite animal in the world- penguins! Boulders Beach is known to have penguin colonies and we wanted to see if we were lucky enough to see them in their natural element. Walking along the beach I saw a wave come in filled with African Penguins and ran as close as I could and immediately grabbed my camera to take this picture. It was like a scene out of Baywatch for Penguins. The African Penguin is listed as Endangered on the IUCN Red List of Threatened Species.