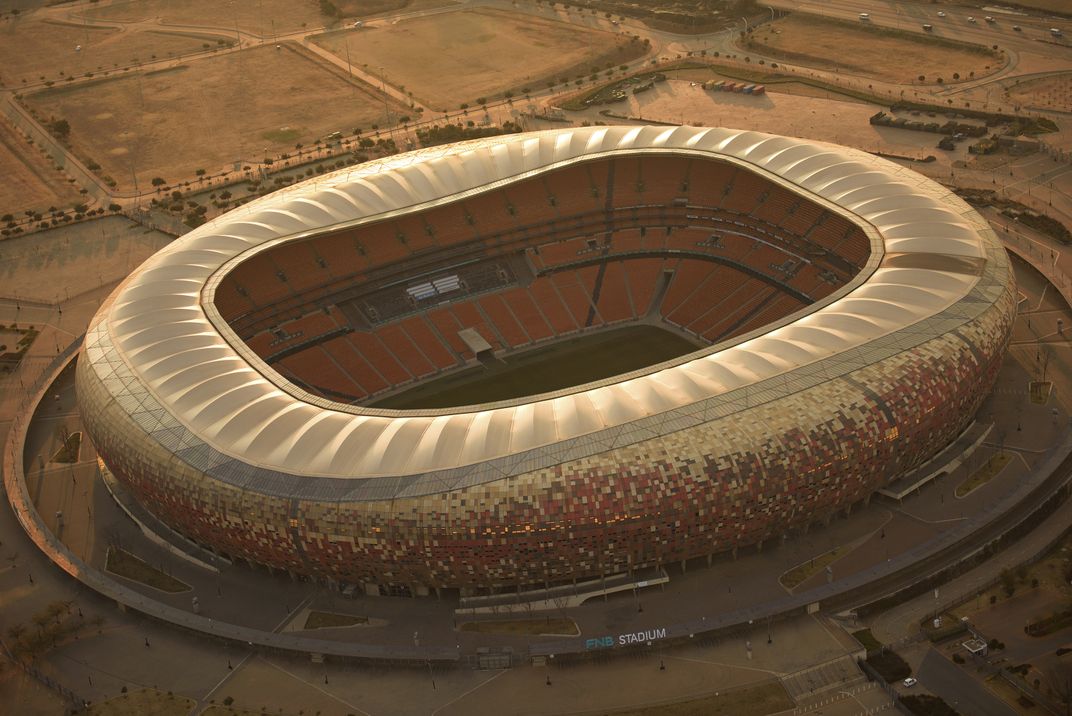 FNB Stadium (94,736 seats) - the largest in Africa, also known as the Calabash. The outside of the stadium is designed to have the appearance of a South African pot; the cladding on the outside is a mosaic of fire and earthen colours with a ring of lights running around the bottom of the structure, simulating fire underneath the pot. It was also the site of Mandela's first speech in Johannesburg after his release from prison in 1990, and served as the venue for his memorial service.