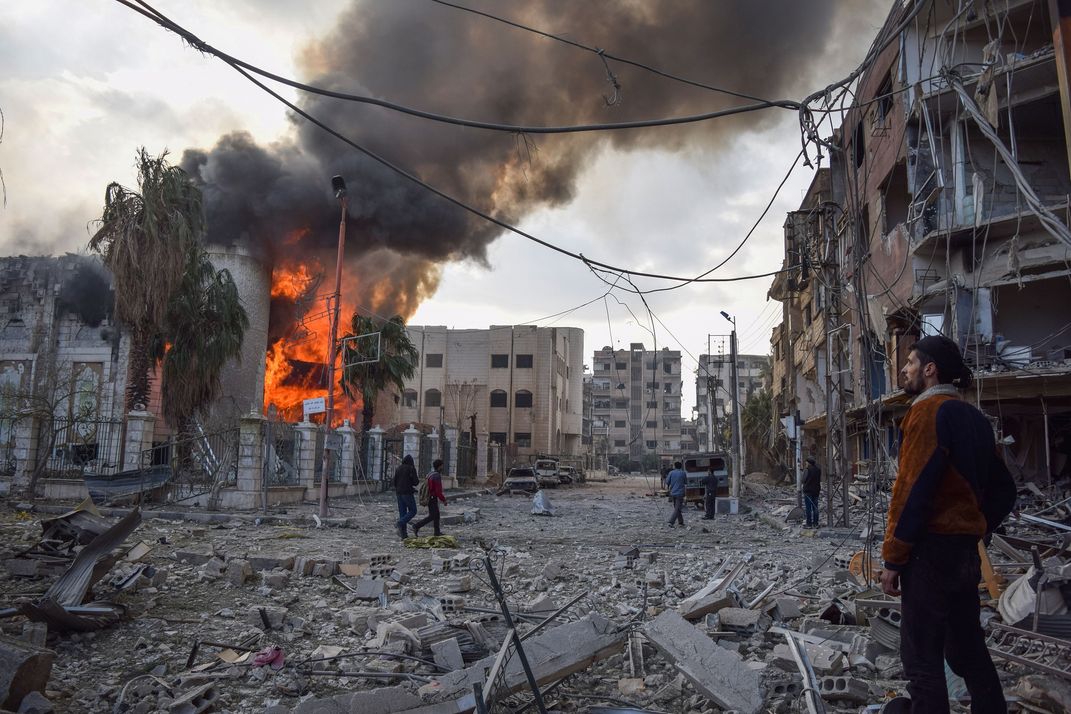 By February 2018, the people of Eastern Ghouta, a suburban district outside Damascus and one of the last rebel enclaves in the ongoing Syrian conflict, had been under siege by government forces for five years. During the final offensive, Eastern Ghouta came under rocket fire and air bombardment, including at least one alleged gas attack—on the village of al-Shifunieh, on 25 February. Figures are difficult to verify, but Médecins Sans Frontiѐres (MSF) reported 4,829 wounded and 1,005 killed between 18 February and 3 March, according to data from medical facilities they supported alone. MSF also reported 13 hospitals and clinics damaged or destroyed in just three days. Reports on the end of the siege in Eastern Ghouta are conflicting, though the Syrian army appear to have recaptured most of the south of the country by July. UNICEF reported the siege of Eastern Ghouta to have ended by late March, with limited humanitarian access becoming available.