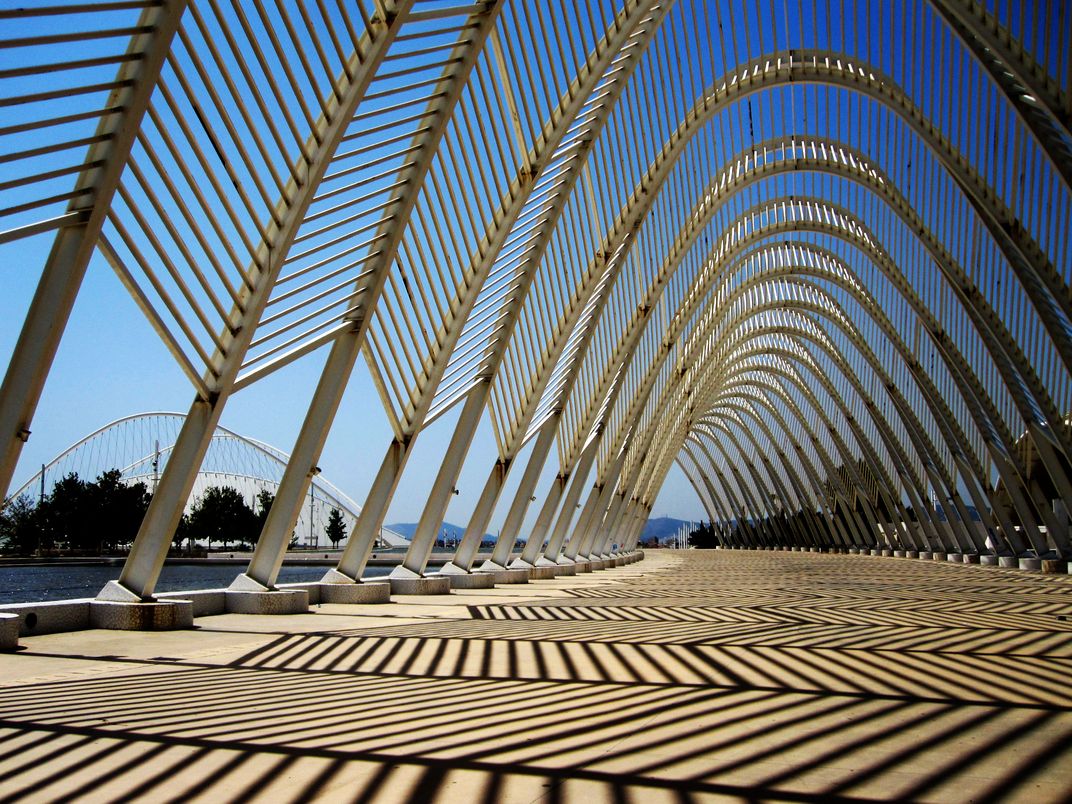 Spanish architect Santiago Calatrava was selected to redesign the Olympic Sports Complex of Athens for the Olympic Games of 2004 (OAKA). The objective was reflected in the design of both the identity and history of the modern Olympic Games as the Greek capital, aided by the technological and aesthetic principles. The structure is of steel and the elements of the wall plates are made of solid and transparent Makrolon polycarbonate. A major boulevard called Central Axis organizes access to the various stadiums. Their route was the traditional form of the Calatrava Comb, projected onto the radial curve with its movement. The boulevard is bounded by an emblematic work of the complex: the Agora, a curved road in the shade of a large metal pergola. In addition to its expressive role, forms of the complex are designed to respond to the need for climate control. The roof of the Olympic Stadium, as the Agora and pergolas, landscaping and artificial water, mirrors the Central Axis and provides cool shade. Inside and outside the OAKA complex were planted olive trees, pines, oaks and cypresses.